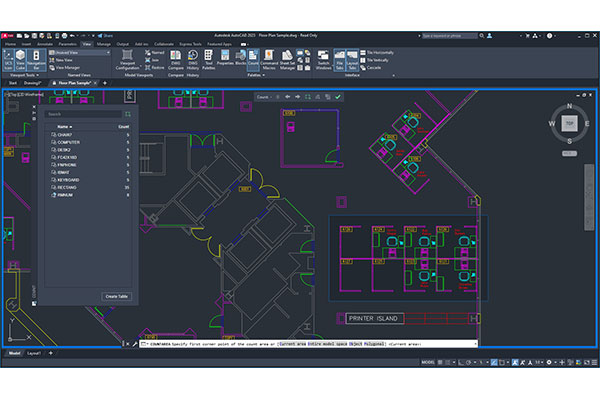 AutoCAD 2023 and AutoCAD LT 2023 are only available by subscription. Upgrade pricing and perpetual licenses are no longer available.

Many new features subtly build on functionality introduced in a previous release. That is certainly understandable for a program first demonstrated 39 years ago. The Start screen, which saw a significant redesign in 2021, has received more improvements, including a tooltip added to the New drop-down so that users can easily see which template is used when creating a new drawing.

Another Start screen tool that promises to provide productivity gains is the new My Insights tab, which will use machine learning to display information based on program usage. Initially, this tab shows suggestions for commands and functions users can try. But as engineers use the software, this tab becomes populated with command and feature recommendations, suggestions to upgrade if engineers are using a feature that has been enhanced in the latest release and general information about frequent commands. No insights will be available, however, until users have the product long enough for this new feature to gather information to provide meaningful insights.

Users must often count objects in a drawing, but doing so can be quite tedious. To remedy that, last year’s release introduced a new Count tool, which enabled users to count instances of a selected object or the number of copies of all the blocks in the drawing.

In AutoCAD 2023, that feature has been updated to allow counting objects or blocks within a specified area. Clicking a new button in the COUNT palette enables users to specify the entire model space, a rectangular or polygonal selection area or select a boundary object as a count area. In addition, the count area defined in the previous count session also can be used in the current count.

AutoCAD 2022 introduced tools to collaborate with others using Autodesk applications. Again, AutoCAD 2023 enhances those features. For example, the new Trace feature in AutoCAD 2022 provided a safe space to add changes to a drawing in the AutoCAD web or mobile app without altering the existing drawing. After saving a drawing to web and mobile, a colleague could open the drawing and use the new Trace tool to markup drawings using objects such as lines and arcs and annotation objects such as text and revision clouds. 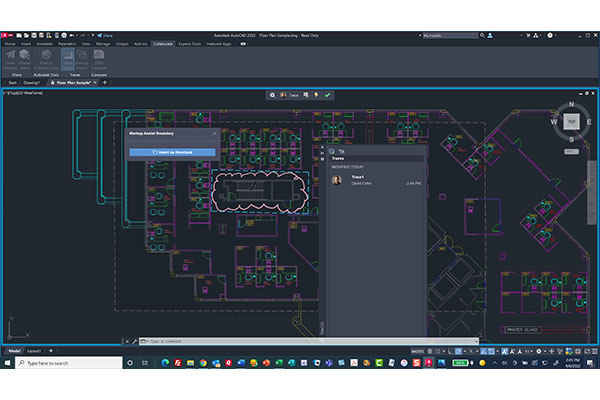 Fig. 2: Traces can now be edited in the AutoCAD desktop application. New tools on the TRACES palette let users import markups into a new trace and then insert identified markups into the drawing as multiline text, multileaders and revision cloud objects. Images courtesy of David Cohn.

Once they saved their changes, users could use AutoCAD 2022 to reopen the drawing from web and mobile and then use the new TRACES palette to display a list of traces. When anyone selects a trace in this palette, users would then see a view-only image of the trace. They could toggle the trace to the front or back and then use standard AutoCAD commands to modify the drawing, but could not modify the trace itself.

In AutoCAD 2023, however, users can now create traces in the desktop version of AutoCAD in addition to the AutoCAD web and mobile apps. They can also contribute to traces created by others and use controls on the Trace toolbar to hide and display the trace contributions from each contributor.

In addition, new tools on the TRACES palette use machine learning to identify markups, import them into a trace and then insert drawing revisions. For example, after saving a scan or photograph of a drawing containing hand-drawn or computer-drafted markups as a PDF, PNG or JPG file, the Markup Import option can help overlay those markups in a new trace. Markup Assist then identifies those markups as multiline text, multileaders and revision clouds, and inserts them into the drawing as actual geometry.

Command macros, which contain sequences of commands and system variables to automate tasks users perform frequently, have been available for years. Like the new My Insights feature, the new Macro Advisor in AutoCAD 2023 provides suggested command macros based on command usage. For example, if someone frequently rotates an object after it has been copied, the Macro Advisor might provide a macro that allows them to copy and rotate an object using a single command. 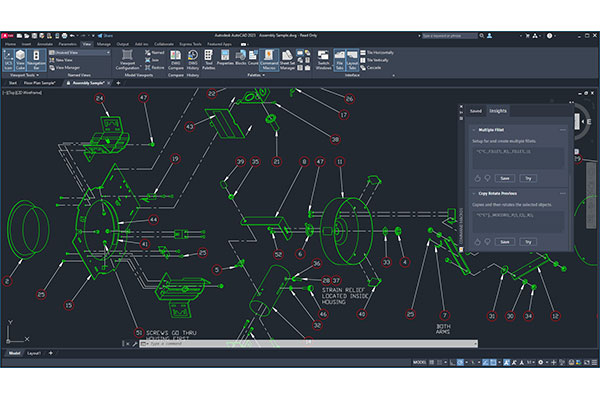 Fig. 3: Command macros can be added to the Saved tab of the COMMAND MACROS palette, while the Insights tab provides suggested command macros based on AutoCAD usage.

Command macros can be added to the Saved tab of the COMMAND MACROS palette for later use. On that tab, users can right-click a command macro to see a list of available options, including adding the macro to the ribbon, launching the Command Macro Editor, and renaming or deleting the macro. After adding a macro to the ribbon, users also have the option to add it to the Quick Access Toolbar. Command macros can also be edited or customized for specific use.

The look of the drawing and layout tabs have also been changed to make it easier to see which tab is active. The drawing tab overflow menu also now includes a checkmark to indicate the active drawing. 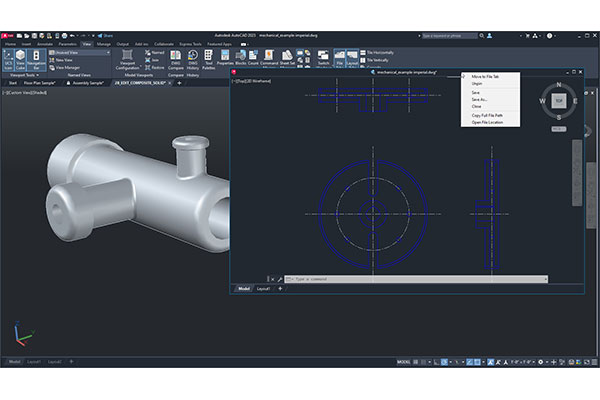 Fig. 4: In AutoCAD 2023, an anchored command line window stays with the active floating drawing window, and users can right-click the title bar of a floating window to quickly return it to the main application.

The technical preview of the new 3D graphics system that was included in the last release is now fully integrated into AutoCAD 2023. This new graphics system leverages the power of modern graphics processing units and multi-core CPUs to provide a smoother navigation experience for larger drawings. This new graphics system is on by default, but can be turned off if desired. When active, it works in viewports that use the Shaded or Shaded with Edges visual styles.

A few general drafting enhancements are included in the new release. For example, a new Extend Vertex grip option on polyline objects lets users add a vertex that extends from the selected end grip of the polyline. The MLEADER command now has an option to select an existing mtext object to use for the new leader.

In addition, a new CUTBASE command copies selected objects to the Clipboard along with a specified base point and removes those objects from the drawing. Engineers can then paste the objects into a new location using the base point they specified.

The 2023 release continues to use the same drawing file format as AutoCAD 2018, so DWG files remain 100% compatible. Engineers can download a 30-day free trial of any of the AutoCAD 2023 products from the Autodesk website. The cost of the software has again gone up slightly, but Autodesk now offers occasional users a Flex option where they can purchase usage tokens ($300 for 100 tokens) and then use those tokens to pay as they go (seven tokens per day for AutoCAD).

Once again, while the list of new features is relatively short, they should benefit all users, regardless of what they create. And since AutoCAD and AutoCAD LT are only available by subscription, there is no reason not to upgrade.

Celebrating the Union of CAD and CAM
Milestone mergers and partnerships brought design and manufacturing closer.
Printing in the Fourth Dimension
Smart materials and new design capabilities will usher in a generation of self-modifying structures with applicability for medical, aerospace and various other innovative uses cases.
AI and ML Transforming Simulation
Use of artificial intelligence and machine learning algorithms in FEA increase predictive performance, speed up processing time.
Editor’s Picks: December 2-December 8, 2022
One of the picks will be chosen as DE’s Editor’s Pick of the Week.
Quick Electromagnetic Analysis of PCB Design
Autodesk Fusion 360 Signal Integrity Extension by Ansys reduces costs and improves compliance.
Autodesk Company Profile