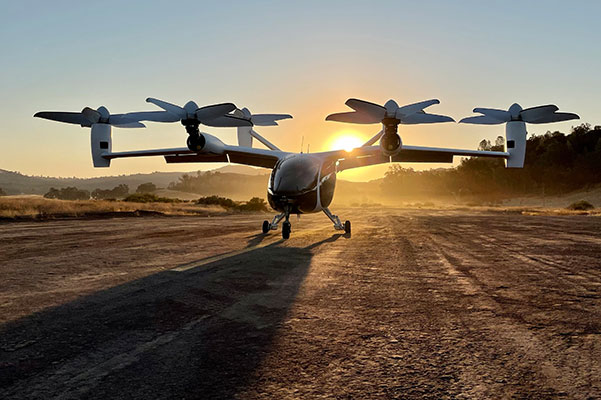 How to Choose the Right 3D Printer
Choosing the right 3D printer is critical.

Remember the Puffin? The concept personal aircraft first made its public debut in 2009, when NASA released a video showing its capabilities. The agency described it as a “Vertical Takeoff and Landing aircraft” powered by an electric motor, to “accomplish an order of magnitude reduction in community noise for close proximity operations (30-40 db reduction).”

That was the inspiration for many later iterations, now in development at Boeing, Airbus, Honda, Toyota and Hyundai. They have potential to become a new class of vehicles for package delivery, air taxi, medical transport and even warfare.

Though smaller and lighter in general, eVTOLs (electric vertical takeoff and landing aircraft) must solve many of the same aerodynamic issues as passenger jets. Therefore, developers also turn to additive manufacturing (AM), a strategy proven to offer lightweighting advantages in traditional aircraft.

A Recipe for Certification

In January 2020, during its Series C financing season, Joby Aviation received $394 million from Toyota. The deal makes the carmaker a lead investor in Joby.

It was also a partnership in which “Toyota will share its expertise in manufacturing, quality and cost controls for the development and production of Joby Aviation’s breakthrough eVTOL aircraft,” according to the announcement.

Joby’s PR department noted, “Joby sees significant benefits from working with AM processes and is concentrating on developing additive as a key area of manufacturing expertise, alongside more traditional methods.” 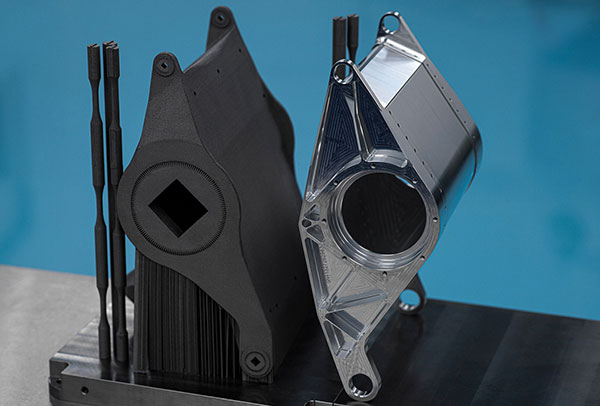 Joby works closely with the FAA to ensure certification of its printed parts, and leverages 3DEXPERIENCE as its main software tool. Image courtesy of Joby Aviation.

It was a major milestone for AM when GE’s Alabama-based aviation plant was able to certify 3D-printed fuel nozzle tips for its LEAP engines. This was not a safety-critical component. It would set another milestone if a flight-critical component is certified. Joby is working closely with the Federal Aviation Administration (FAA) to certify AM processes to take advantage of the benefit it provides in a number of key parts, according to its PR department.

Sean McCluskey was previously head of production engineering and special projects at Carbon, known for its AM technology that grows materials in a tray. He is now additive lead for Joby. He recalled that Joby was one of the early firms to seek FAA certification for its safety-critical structural additive titanium components.

In his view, there must be a “universal recipe for metal AM parts certification” in aerospace. This was the thrust of his talk at 3DEXPERIENCE World 2020, hosted by Dassault Systèmes.

Two key requirements for certification are clear data flow and auditable hierarchy, he points out. “Every component needs to be able to be traced back to the raw ore,” he notes.

Because AM is relatively new and evolving fast, McCluskey is concerned about the disruption to the established data structure and flow from “unforeseen advancements and novel uses of existing hardware.”

It was difficult to control the changes made to the design as it moved through CAD tools, mesh tools, build prep tools and build execution tools, McCluskey explains. For a simpler workflow and for certification requirements, Joby turned to 3DEXPERIENCE as its main software tool.

“We now have build, prep and simulation tools—all built into one tool. That means all of our build parameters and geometry parameters can be controlled in one location,” he says.

Dassault also worked with Joby to develop an immutable file type. “That means the file itself knows when it’s changed, and it’s always revision-controlled,” McCluskey adds.

Get a Lift by Air

Matt Chasen describes himself as a “serial entrepreneur, investor and adventure sports enthusiast.” In 2017, he assembled a crew to launch Lift. The company’s goal, captured in its mission statement, is to “make flying accessible to everyone.” He’s talking about flying as a pilot, not as a passenger. 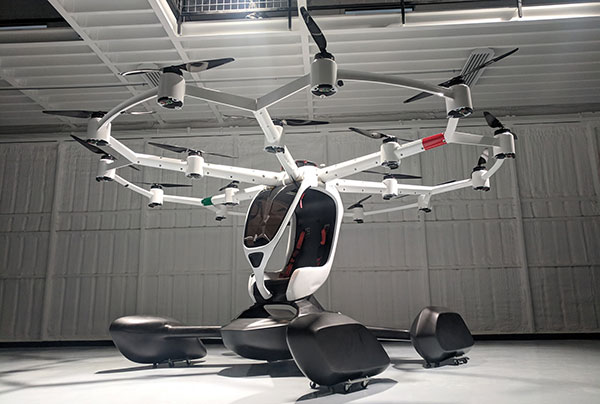 Lift Aircraft is researching the use of 3D printed parts on its eVTOL. Image courtesy of Lift Aircraft.

“Becoming a pilot involves a huge amount of training and the cost of using an aircraft is high too. We want to change that by taking all of the skill out of it, by leveraging autonomy, by using safe and simple distributed electric propulsion,” he said, in an interview published by AM partner Materialise.

Strategically, Lift settled on what the U.S. regulatory bodies consider “an ultralight aircraft.” According to FAA regulations, single-seater ultralight vehicles weighing less than 254 lbs. do not need certification.

“Because certification is not required, we can aim for product cycles that are much closer to what we see in the tech sector. We’re aiming for a cycle of two to three years, instead of 20 to 30 years, which is what’s typical now in the aviation industry,” says Chasen. But conforming to the weight limit means designing the craft in the lightest possible way.

“If we’re overweight, we’re out of business. It comes down to leveraging titanium and other 3D-printed metals,” says Chasen.

Though not for certification, Lift is currently conducting its own testing and analysis on 3D-printed parts to understand their reliability—specifically their fatigue life.

“Because we’re not just manufacturing aircraft but also operating the aircraft in our fleet, we’re able to closely monitor and inspect 3D-printed parts over time,” says Chasen.

Balazs Kerulo, chief engineer at Lift, is particularly proud of the pylon in the aircraft’s distributed powertrain.

“It connects the motor to the aircraft. All the forces run through [the distributed powertrain]. It was a challenge to design it to withstand all the forces, the torque [and] the dynamic forces. It was one of the first parts we started working on and that we used generative design for. We chose titanium for that part and then used a material-defined, generative design process to develop it,” he explained in an interview with Materialise.

Kerulo credits Materialise for its consultative role in the design development. “We came up with the part and sent it to the Materialise team and they came back and said, ‘That’s fine. That’s printable,’ but they also made suggestions like ‘Use a diamond shape here to make it quicker and more environmentally friendly and cheaper to print,’” he recalled.

Lift’s test pilot is Charles Justiz, former chief of aviation safety at NASA. “Ease of construction is something people always cite as a key benefit of 3D printing, but it’s actually ease of reconstruction!” he remarks.

“If you have a prototype vehicle and you go, ‘Oops, that didn’t go well,’ you have to redo it! Then, you [have to] wait six months because you have to make a new mold to pour the part in or you can go, ‘Here’s the new spec; CAD/CAM looks good; it fits the need—please print that for me.’ And in 99.9% of cases, you get a part back that meets your specs exactly.” 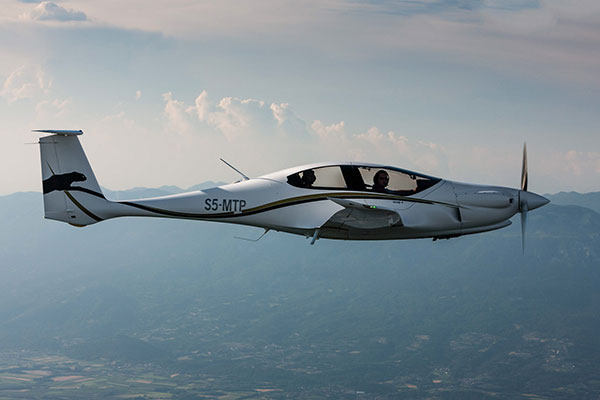 The designers needed to maximize takeoff thrust and recuperation power during descent and minimize power during climbing and cruising phases. The company leveraged modeFRONTIER process automation and optimization software from ESTECO Technologies to accelerate the design process. The software was used in conjunction with other tools, including CHARM and XFOIL, an interactive program for the design and analysis of subsonic isolated airfoils.

“We trust the results we get with modeFRONTIER so much that we don’t expect we’ll require a prototype,” said David Eržen, aerodynamics engineer at Pipistrel, in a recently published ESTECO case study.