Engineers can play a key role in weaning the world from fossil fuels.

Engineers can play a key role in weaning the world from fossil fuels. 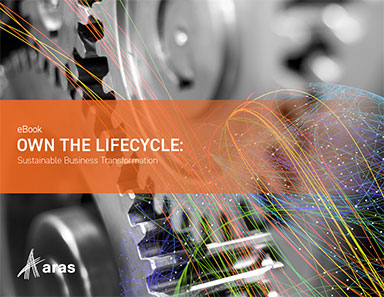 Product Lifecycle Management with Sustainable Business Transformation
Own the Lifecycle and future-proof your company’s strategic agility with a flexible platform for...

It’s been over 320 years since Thomas Savery invented the first device that could reliably (if not efficiently) convert the chemical energy stored in fossil fuels into useful kinetic energy.

Savery’s “engine” converted less than 1% of the chemical energy supplied to it into useful mechanical work. However, its invention, and subsequent improvements by Newcomen and Watt, heralded the start of the industrial revolution, which delivered the most significant improvement in the quality of life that our species has ever experienced.

Unsurprisingly, industrialisation also led to a rapid increase in population.

Our Civilization is Built on Greenhouse Gases

In 1700, before the start of the Industrial Revolution, there were only 600 million people on the planet (about twice the population of the modern USA). That population emitted minimal greenhouse gases, burning mainly wood or small amounts of surface coal. Pre-industrial populations relied on animal and (sometimes forced) human labour, together with wind and water power, to perform mechanical tasks.

Today the population of the world is more than 7.9 billion. It took us 99.5% of our 300,000-year history as a species for the human population to exceed 80 million people. The world population now grows by more than that every year. By 2056, the UN estimates, the world’s population will exceed 10 billion people. Almost all of those people are desperate for a quality of life entirely dependent on plentiful supplies of cheap energy. 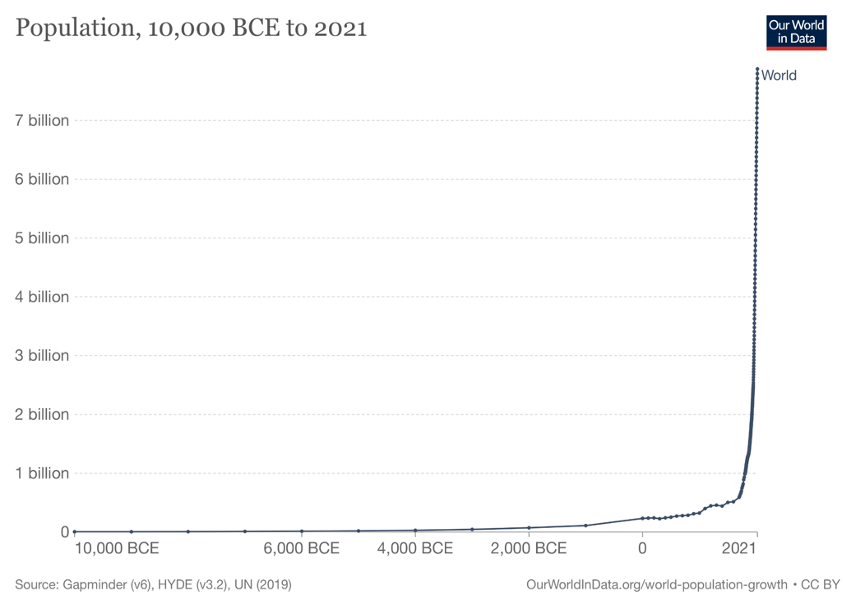 Since the beginning of the Industrial Revolution, humanity has become entirely dependent on the cheap and plentiful energy supply. It feeds us, lights our evenings, fuels our movements, keeps us warm in the winter and cool in the summer, and provides endless piles of disposable “things” that we use as a temporary substitute for happiness. In 2018 our species used 160 PWh of energy. 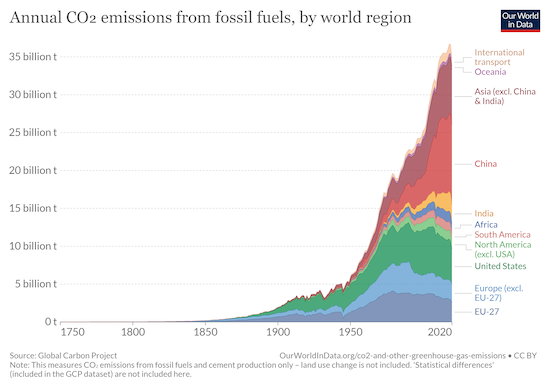 An average healthy, fit person can sustain about 100W of manual work. Across a ten-hour working day, that’s about 1kWh of work done. We generate (and therefore consume) about 60kWh of energy per person every day as a species. So on average, each of us consumes 60 times more energy than we could possibly generate through manual labour alone. And that’s a conservative estimate. Many of those people are too young or too elderly to pitch in their 1kWh of energy. In rich industrialised countries, many of us consume far more than our fair share of power. About 87% of that energy comes still from the combustion of the decomposed remains of ancient organisms (natural gas, crude oil and coal).

Consequently, every year, our species causes the release of 51 billion tonnes of greenhouse gas into the atmosphere. The bad news is, despite efforts to reduce greenhouse gas emissions, total emissions have not yet peaked.

In total, our species has spewed over 1.6 trillion tonnes of carbon dioxide into the atmosphere (and oceans) since the dawn of the Industrial Revolution, almost doubling atmospheric carbon dioxide concentrations in the process (from 200 ppm to over 400 ppm). It should come as no surprise that those countries (and continents) that have historically contributed the most to atmospheric carbon-dioxide pollution are those which currently enjoy the highest standards of living (or at least are economically the richest). 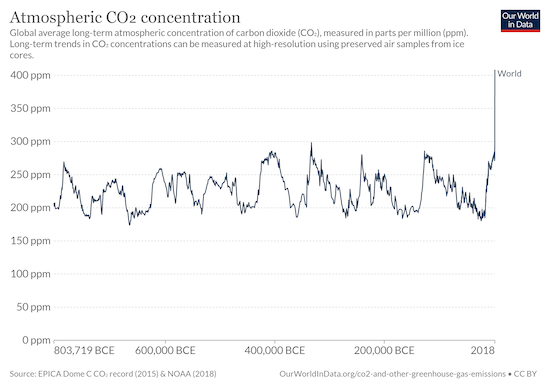 If we are going to avoid, or even mitigate, the devastating effects of anthropological climate change, then, in the next twenty to thirty years, we’re going to have to almost completely wean ourselves off our reliance on fossil fuels. That means reducing 51 billion tonnes of greenhouse gas emissions to almost zero while providing an acceptable standard of living for 10 billion people. This is the greatest engineering challenge that our species has ever faced and essentially means re-solving every difficult engineering problem that we have overcome in the 250 years since the Industrial Revolution.

In the title of this article, I blamed engineers for the climate emergency. After all, Savery, Newcomen and Watt’s inventions unintentionally prised the lid off of the Pandora’s Box of greenhouse gas emissions. This is a deliberately provocative (and rather trite) argument. The Industrial Revolution (like the Neolithic Revolution before it) was an inevitable consequence of human population growth and would have happened eventually, irrespective of the individuals involved.  Like most modern engineers, like you and I, they were just trying to improve the world that they lived in.

However, having prised the lid off this Pandora’s box, it is beholden on modern-day engineers to use all of their powers of engineering innovation to engineer new low-carbon solutions to old problems.

Take electricity. Of the 51 billion tonnes of greenhouse gas emissions that our species pumps into the atmosphere every year, 27% is directly due to electrical power generation. Despite recent advances in renewable power generation, 63% of world electricity generation comes from burning fossil fuels. In this article, I calculate the number of people that die every day from the fossil fuel pollution created to generate the electricity that you use. I also look at how engineering simulation is helping to develop the low-carbon pollution-free electricity of the future.

The mechanisation of transportation made it practical and safe to travel further and faster. It revolutionised personal mobility and the commercial freight industry. It allowed us to get where we wanted to, no matter how far away, and it fuelled the global economy, allowing us to receive products produced from anywhere in the world. That transition came at a cost. The amount of exhaust fumes created as a by-product has grown exponentially over the last century. In this article, we investigate how engineering simulation is helping to decarbonise transportation.

Finally, how do we deliver enough food to keep 10 billion people alive without contributing even more greenhouse gas emissions? Certainly, we need to eat less meat. Few of us give much thought to the greenhouse gas emissions caused by meat consumption. In this article, we dissect a cheeseburger meal, determine where those emissions come from, and explore how engineering simulation is enabling a “clean meat” future:

Stephen Ferguson is the marketing director at Siemens Digital Industries.