The new AMD Radeon PRO W6400 graphics card (and its mobile variations, the W6500M and W6300M) is built on the AMD RDNA™ 2 graphics architecture.

The new AMD Radeon PRO W6400 graphics card (and its mobile variations, the W6500M and W6300M) is built on the AMD RDNA™ 2 graphics architecture. 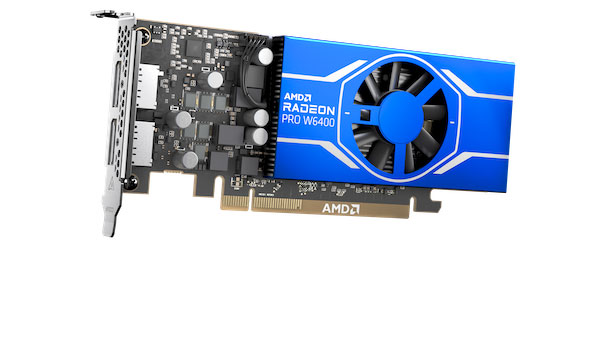 AMD fits into one standard PCIe slot and can support up to two monitors. Image courtesy of AMD.

AMD fits into one standard PCIe slot and can support up to two monitors. Image courtesy of AMD.

The new GPU complements the existing W6600 (8GB) and W6800 (32GB) cards. “But although it is an affordable GPU, you are not sacrificing any appropriate speed or bandwidth,” says Jamie Gwilliam, AMD PRO Graphics marketing lead. The company sees this board as an option for users with a slightly lighter graphics workload.

All three are built using AMD RDNA 2 graphics architecture with 6nm process technology. They can take advantage of up to 8MB of AMD Infinity Cache memory technology. 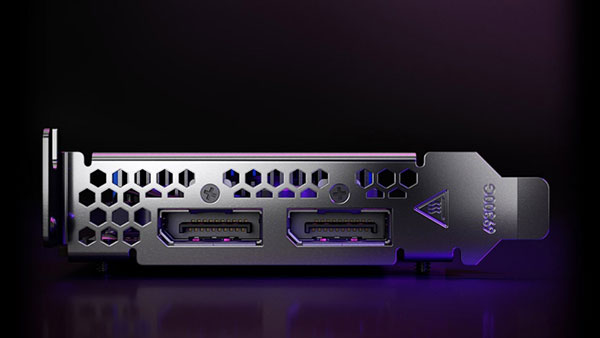 Herkelman adds, “The new AMD Radeon PRO W6000 Series mobile graphics provide the ideal combination of performance and mobility to drive a range of workloads for professionals on the go.”

Many high-end GPUs need a dedicated external power connector. Because the W6400 is designed for mainstream enterprise applications, it is powered by the system’s standard PCIe slot, along the base of the card.

The board uses Viewport Boost, a dynamic resolution technology designed to improve frame rates in GPU-limited situations. It intelligently lowers resolution only in scenarios where fast in-viewport movement is detected.

The W6400 is fitted with up to 16MB of last-level data cache (L3), integrated on the GPU die to reduce latency and power consumption.

The W6400 is vendor certified for a wide variety of professional applications. A list may be found here.