3D Scanning Boulevard: At the Intersection of Prototyping and Hollywood

There are actually some significant engineering lessons that could be taken from Tinsel Town and used by product designers everywhere.

There are actually some significant engineering lessons that could be taken from Tinsel Town and used by product designers everywhere. 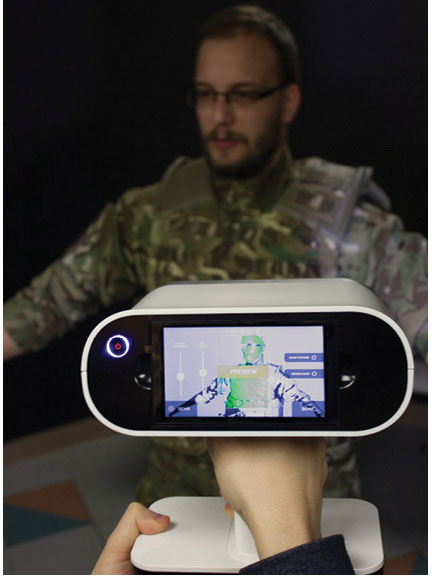 The fields of product design and the entertainment industry feel like they exist in different worlds with little in common. After all, what could the process of designing a new product possibly have in common with movie stars? 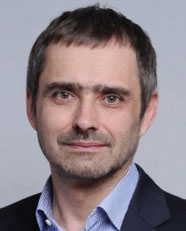 Commonalities that these two industries have are the use of 3D scanning, which has a foothold in nearly every sector imaginable, and the use of digital engineering to create visual effects (VFX) and props. Though these spaces appear very different, there are actually some significant engineering lessons that could be taken from Tinsel Town and used by product designers everywhere.

Changing the Scale of Designs

Creating props for TV and movies often requires rapid prototyping. When Executive Producer Steven Spielberg decided that the Apatosaurus model that his special effects team had created for “Jurassic World” was too small, a solution needed to be executed quickly. The team understood that the best path forward was to 3D scan the existing foam-milled Apatosaurus prop. This allowed them to digitally capture and physically rescale the entire prop, including every frightening aspect of its hand-carved exterior.

This workflow is not exclusive to just props creation. Automobile manufacturers often start with a mockup in clay that is then digitally captured so that the design can easily be modified. This concept also applies to prototyping any object for the first time.

However, it is the ability to 3D scan and scale a prototype that may have taken hours upon hours to create—or its individual parts—that can truly save time and energy, especially if the problem is due to the prototype’s size. This one step can make the difference between starting over from scratch or quickly modifying an in-process design, thus turning the model into a cornerstone for future iterations.

With the physical object now digitized, further editing can be done virtually. Making adaptations to digitally scanned real-world objects is an extremely common practice and a huge time-saver for any design process.

When the pandemic hit, social distancing requirements created some formidable hurdles for those within the entertainment industry, specifically, costume designers. With rules limiting their access to the very movie stars they needed to outfit, it seemed almost impossible for this group of professionals to be able to do their work.

When faced with this challenge, Allyson Fanger, an Emmy-nominated costume designer for the hit TV series “Grace and Frankie,” turned to 3D scanning as a workaround to comply with social distancing rules. She enlisted a company that used an Artec 3D scanner to digitally capture the exact body dimensions of the show’s stars: Jane Fonda, Lily Tomlin, June Diane Raphael and Brooklyn Decker.

The company then used the subsequent 3D models of the individual actresses to create a foam dress form for each star that matched their exact dimensions. Using these forms, Fanger was able to filter out what wouldn’t work for each actress and design outfits to perfectly fit their particular dimensions.

The world of prototyping often requires adapting designs to directly interface with existing objects or within specific environments. Similar to how 3D scanning can capture the human form, it can also create a model of any available product or assembly that the new prototype needs to fit within, or a single part that it needs to connect with.

For example, the interior of a certain car can be 3D scanned in minutes, and then uploaded into a digital workspace so that the 3D model of a floor mat can be perfectly measured to fit into the appropriate space, before any physical prototype is produced. The idea also works for creating parts that connect or interlock with each other.

3D scanning is often used to create highly realistic 3D models of people, props and objects, for animation and other kinds of VFX. The models are then used in various ways during production, but also retained as digital archives for later use.

If a movie is eventually turned into a video game, then these models will prove extremely useful during the game development process. As well, if a sequel is being made for a movie, yet a prop has gone missing, its digital twin can easily be inserted whenever needed. This is also sometimes referred to as “insurance scanning.”

In the world of product design and prototyping, having a digital archive to fall back on can also be particularly useful. Even if the early version of a physical prototype doesn’t meet expectations, it can later become instrumental in the workflow.

With a digital record on hand, at least some part of that design can be accessed, adapted, scaled or merged with other digital objects to create something entirely new. Having digital assets on hand can save a lot of time over the long run.

Though Hollywood has historically worked via a traditional, century-old model where movie production teams have clustered together in Los Angeles or New York, this has been changing. Every production involves hundreds of specialists and technicians, including makeup artists, sound and video engineers, not to mention actors, producers and directors. Fortunately for the industry, technology has just the right tools to bring them all together, even when they’re on other sides of the world.

3D scanning perfectly aligns with this new paradigm of the movie set becoming a different way of thinking and collaborating rather than one distinct physical location. Such a digital transformation using virtual workspace solutions is enabling separate remote teams to successfully contribute on preproduction, filming and postproduction, additionally opening the door to hiring more productive, cost-effective and highly qualified professionals who aren’t locked into any specific geographical region.

The same holds true for prototyping, where design teams can be working across the city, the country or on another continent. 3D scanning solutions enable ability to capture a component or object, process it in just minutes, and then share the resulting 3D model with others via the cloud or direct file transfer.

From there, the design process can play out as if all designers and engineers were together in the same room. When the time is right, the ensuing prototype can then be presented to managers and other decision makers, ready for their feedback and next steps.

The role of digital design and prototyping is critical to making movie magic. While a great deal of such work might at first glance seem useful solely for on-screen productions, there are still many workflows and processes taking place there that can benefit commercial product design. The aforementioned are just a few examples of how design and engineering can be universally applicable.