3D Printing Down Under 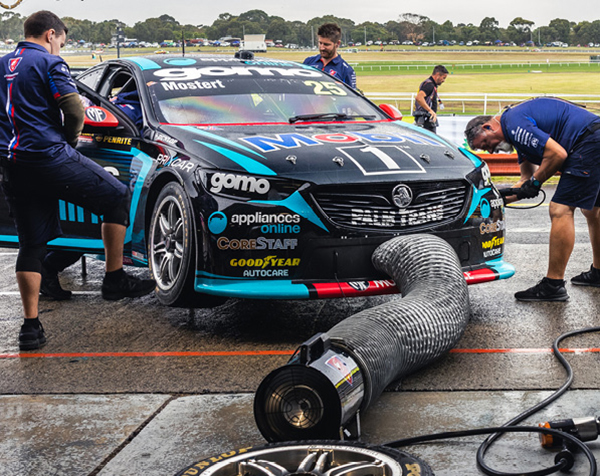 “When you have a 3D printer, the world is your oyster.” That aphorism is attributed to Bruce Stewart, team principal for Walkinshaw Andretti United (WAU), a supercar race team based in Melbourne, Australia.

Since purchasing a Stratasys F120 fused deposition modeling (FDM) 3D printer from area distributor TCL Hofmann in March of this year, he and his team have been busy kicking the tires on their new equipment. They’re starting to wonder how they ever raced without it.

“Rapid prototyping has become an important factor in building better race cars,” says Stewart. “As with anyone in motorsports, our engineers fight for tenths of a second. They might achieve these small wins with more effective hand tools in the pit area, ergonomic adjustments that make the driver safer and more comfortable, or modifications to the race car itself. With 3D printing, you can quickly conceptualize and test such ideas. It’s become an addictive improvement tool for us.” 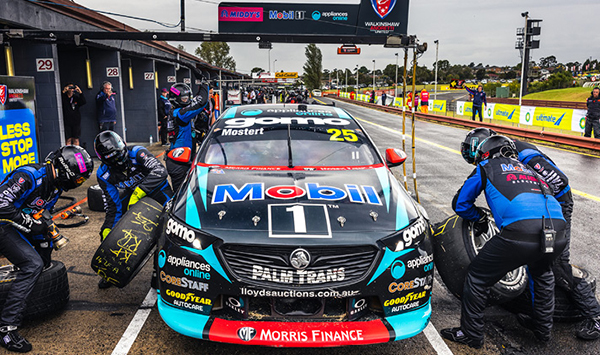 3D printing for race cars involves a lot of conceptualization and testing of ideas, according to Bruce Stewart of Walkinshaw Andretti United. All photos courtesy of WAU. 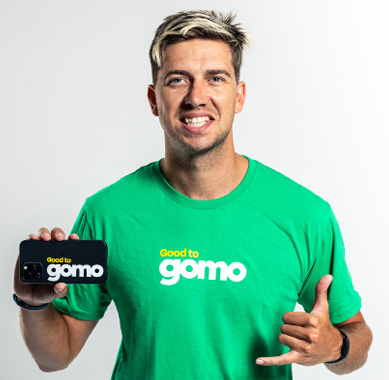 WAU was born in 2017 as the result of a partnership between three leaders in the world of racing: Walkinshaw Racing’s Tom Walkinshaw, American racer Michael Andretti and McLaren Formula One CEO Zak Brown. Together, with drivers such as Queensland native Chaz Mostert and Bryce Fullwood of Darwin, their goal is to dominate Australia’s Supercars Championship. 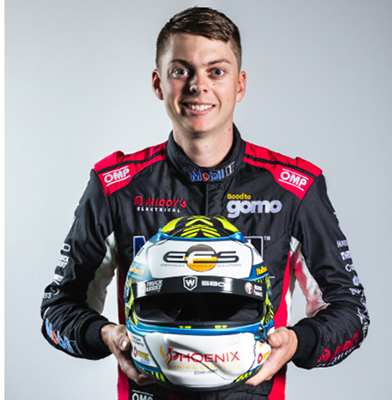 2021 will be Bryce Fullwood’s second season racing with Walkinshaw Andretti United. At 22 years old, he holds an impressive record on the track.

It looks like 2021 will be their year to accomplish just that. Currently ranked second, the WAU team is “on a journey back to the top,” says Stewart. “Everything we do here is about winning. Our three owners are out-and-out racers, so my crew and I have been tasked with utilizing every available resource to not only make our cars go faster, but increase the team’s operational performance as well. The Stratasys 3D printer is an avenue for us to further enhance our innovation and develop additional opportunities. It eliminates design limitations and allows the engineers to contemplate novel ways to generate speed.”

WAU’s innovations include 3D-printed steering wheel housings, camera mounts, air brake ducting, buttons and brackets for pit tools, and any sort of component to make life behind the wheel easier. Stewart notes that this last part—ergonomics and comfort—is vital.

“That’s key, because the second or two that a driver loses trying to find a lever or adjust a knob might be the second that loses the race,” he says.

This isn’t the team’s first experience with additive manufacturing. Stewart explained that the Walkinshaw Automotive Group—WAU’s sister company—is the largest automotive manufacturer in Australia. They also own a pair of Stratasys 3D printers, and produced prototypes for WAU before the racing team invested in their own equipment. Somewhat surprisingly, Walkinshaw has built a substantial business out of making American vehicles suitable for Australia’s roadways.

“The change from a left-hand to right-hand drive is so extensive that we don’t use the word conversion,” says Stewart. “It’s more of a complete remanufacturing. A Chevrolet Silverado, for example, requires nearly 700 unique parts and goes all the way down to the wiring harness level. It’s a huge business for us. We’ve done Volkswagen Amaroks, Camaros, RAM pickup trucks—we’ll probably remanufacture 10,000 vehicles this year.”

When faced with remanufacturing a new vehicle model, the engineer must strive to make the car or truck as close to the original equipment manufacturer version as possible. Achieving this means designing countless switches, buttons, connectors and trim pieces, each of which must be prototyped and assembled into a test vehicle before producing them en masse.

As with race car development, 3D printers play an important role in this endeavor. 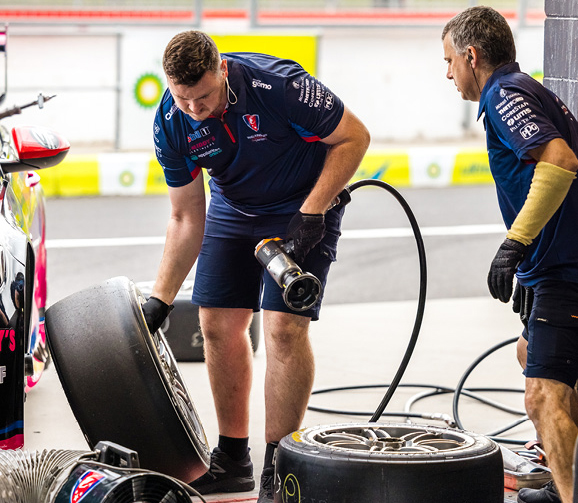 Walkinshaw Andretti United team members are always looking for new ways to make life behind the wheel easier, with driver ergonomics and comfort chief on the list.

“It speeds product development, for sure, but it also makes collaboration easier,” Walker says. “An engineer can come up with a concept, print it up [really] quick, and show it to others for their input. If something’s not quite right or it was simply a bad idea, no big deal. It takes away the fear of failure.”

Since the pandemic, the WAU team has been limited to racing in Australia and New Zealand. It is their goal that by the 2022 race season they can get back to a more international presence as they have in the past. Stewart reminisced over visits to the Circuit of the Americas (COTA) in Austin, TX, and other Formula One sites within the United States.

WAU has also competed in the Middle East in Bahrain and the United Arab Emirates, Walker notes, as well as various international rounds. Until those days return, he’s perfectly content taking on any and all racers in Australia.

“We’ve only had the machine a couple of months at this point, and what I originally thought would see limited use is running around the clock,” says Stewart. “As the head of the team, I want my engineers to be constantly innovating and thinking of new ways to improve, because the moment you stop doing that, you stay stagnant and your competition passes you by. Now, people are coming in after-hours to make stuff—they’re beginning to understand the power of 3D printing and are always finding new ways to use it. Like I said before, it’s an addictive technology.”