Altair OptiStruct Runs up to 10x Faster on NVIDIA GPUs

This speed boost has the potential to impact several industries including automotive, aerospace, industrial equipment, and electronics that frequently need to run large, high-fidelity simulations.

This speed boost has the potential to impact several industries including automotive, aerospace, industrial equipment, and electronics that frequently need to run large, high-fidelity simulations.

Simulation in Action
A boon to engineering design, multiphysics simulation is a longstanding process that has improved with...
VI-grade Offers COMPACT NVH Simulator
This simulator marries the small footprint of a DESKTOP Simulator with the multi-axial vibration capabilities...
VI-grade Launches Scalable NVH Simulator 2021.0
New release incorporates new features and capabilities, and revises the pricing model and product structure...
Is Your Car a Good Listener?
Breaking down the role of acoustics analysis in electric and autonomous vehicle development.
More Noise Vibration Harshness NVH 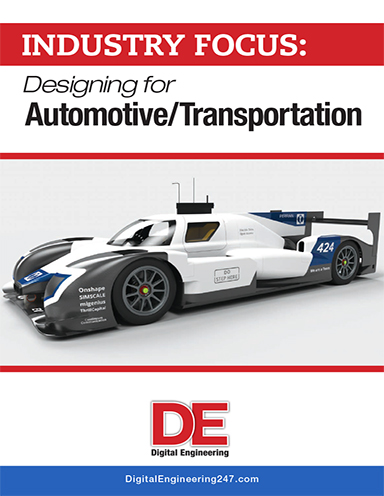 Designing for Automotive/Transportation
The automotive industry is past the point of talking about the disruption coming from demand...

Altair reports that it has achieved up to 10x speedups with the Altair OptiStruct structural analysis solver on NVIDIA GPU-accelerated system architecture—with accuracy. This speed boost has the potential to impact several industries including automotive, aerospace, industrial equipment, and electronics that frequently need to run large, high-fidelity simulations.

“This breakthrough represents a significant opportunity for our customers to increase productivity and improve ROI with a high level of accuracy, much faster than was previously possible,” says Uwe Schramm, Altair’s chief technology officer for solvers and optimization. “By running our solvers on NVIDIA GPUs, we achieved formidable results that will give users a big advantage.”

The test suite included a variety of industry models including multiple solution types such as statics, frequency response, buckling and optimization. Support for GPU acceleration began with OptiStruct’s direct solver and with the large-scale NVH solver AMSES, a standard feature of OptiStruct. AMSES is said to cut the time required to compute eigenvalues for analysis in NVH simulations, and it can quickly calculate thousands of modes with millions of degrees of freedom. The same levels of acceleration were achieved with both solvers, Altair reports.

Most recently, the OptiStruct development team extended GPU support by porting OptiStruct’s PCGiterative solver on the same NVIDIA GPU-accelerated system, which resulted in high performance boosts. For some models—such as compact, block-like, solid structures—the PCG solver can be faster than the direct solver, especially when GPUs are in play. The upcoming OptiStruct 2019 release will include support for multiple GPUs.

OptiStruct speedup on GPU-accelerated systems enables scaling for large models, particularly NVH models, that may run poorly or not run at all on CPU-based systems. The greater memory capacity of GPUs, including the ability to use multiple GPUs, means they can handle much larger, more complex models.

NVIDIA Quadro GV100 GPU technology was used for the solver runs and was compared with dual Intel Xeon Sandy Bridge-EP 3.1GHz 16-core CPUs with 256GB of RAM. Run times compared were total elapsed times, or wall times, for the solution to complete.