Simulating a Path to Grid Modernization

As natural disasters, the push for renewables and electrification mount pressure, simulation plays a key role in the U.S. power grid’s redesign and optimization.

As natural disasters, the push for renewables and electrification mount pressure, simulation plays a key role in the U.S. power grid’s redesign and optimization. 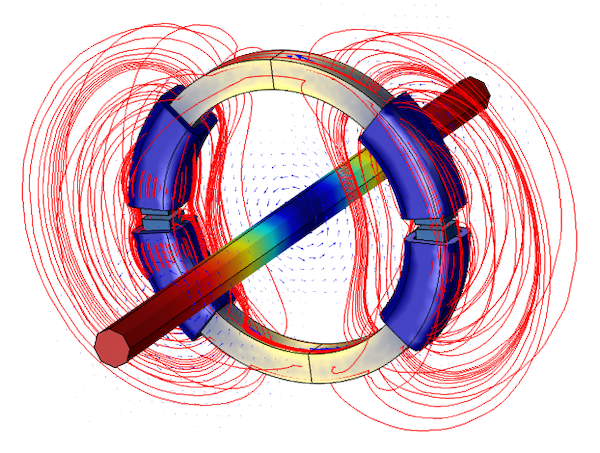 The rising tide of seasonal hurricanes are wreaking havoc with prolonged power outages. The spate of uncontrollable wildfires and heatwaves leading to rolling blackouts. This years’s unprecedented winter storm that decapitated the Texas power grid for nearly a week.

All of the aforementioned and other escalating natural and manmade disasters are amplifying an already pressing need to overhaul power infrastructure in the United States. As that effort winds its way through corporate bureaucracies and political red tape, simulation and analytics software is proving to be an invaluable asset in the quest to modernize the U.S.’ aging power infrastructure, right up there with government funding, consortia-led research and private industry innovation.

The efforts for grid modernization got a boost in April when the U.S. Energy Department earmarked $8.25 billion in federal loans to upgrade and expand the electric grid to shift capacity to more renewable power sources and to build in more resiliency.

In addition to being decades old, America’s power infrastructure is in need of modernization for various other reasons. The sprawling network of powerlines, generation, transmission and distribution resources isn’t adequately prepared to deal with the onset of renewable energy sources such as solar and wind.

The current grid is also ill-equipped to support innovations like smart city infrastructure and electric vehicle fleets at scale as they come online quickly and jockey for reliable and resilient power. The conventional emphasis on reliable and cost-effective power is also being upended by changing consumer expectations for resilient power as day-to-day personal and professional living is increasingly dependent on digital interactions.

As these trends coalesce, the need to modernize the U.S. grid is more acute and far more complicated.

“The way the grid needs to evolve by introducing renewables is like changing a tire on a car doing 50 miles an hour,” says Jim Taylor, vice president, business solutions for Digital Grid at Siemens Smart Infrastructure USA. “With all the changes, aging infrastructure and the need for resiliency, the best tool we have is simulation. It provides a way to do what-if exploration and develop scenarios that meet different price targets and optimization levels that weren’t available in the past.”

Given the range of simulation types, there are myriad ways analysis tools affect grid modernization. Providers and companies in this space are leveraging simulation software to model electrical power transmission networks for capacity planning and optimization, to predict field asset failures to enable proactive maintenance, for dynamic performance testing, and to help design the next-generation of sensors, transformers and smart meters.

Traditionally, the planning functions of transmission, generation and distribution worked in silos with their own simulation models and tools—a scenario that doesn’t hold up with the advent of renewables and decentralized grid models.

“It becomes a system of systems,”  he explains. “Generation, transmission and distribution planners all need to be on the same page with similar forecasts, simulation methodologies and an integrated model for all three systems to work from.”

PSS-E provides that integrated view to simulate and run planning scenarios for the entire power system, Taylor says. Using SimScale simulation and other tools to create digital twins, PSS-E users can run through scenarios to determine what would happen to particular grid assets if a specific event occurred or how to optimize and modernize a portion of the grid infrastructure without over designing capacity.

“Simulating provides the ability to test your planning and engineering opportunities—without it, you’re least optimized and not able to make the most efficient decisions,” Taylor says.

The Puerto Rico Electric Power Authority (PREPA) turned to Siemens and PSS-E to help plan a more resilient energy infrastructure after the island’s power system was destroyed in 2017 by Hurricanes Irma and Maria.

The proposed redesign shifts away from centralized energy assets and distribution to a decentralized, localized mini-grid architecture, which includes renewables and energy storage systems. PSS-E was tapped to evaluate the impact of that energy storage on frequency response as the teams mapped out the new grid infrastructure. 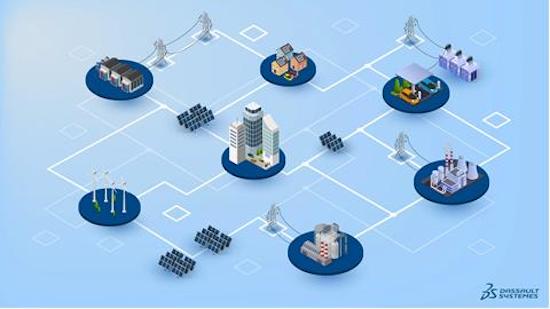 Dassault Systèmes is also lending its simulation muscle to solving the grid modernization challenge, here and overseas. As part of the ModeliScale consortium, a team is leveraging open standards like the Modelica language and the functional mock-up interface (FMI) to model and simulate very large-scale energy system models in a multi-mode and reconfigurable context.

The goal is to create a new modeling and simulation paradigm that can guide a major architecture overhaul to Europe’s power infrastructure to accommodate a new paradigm that addresses decentralization, multiple networks and energy production sources, and incoming consumption sources such as electric vehicles, smart infrastructure and new storage technologies.

The project arose because there is currently no modeling or simulation language or tools that can tackle such large-scale, multi-mode systems, according to Patrick Chombart, CATIA R&D collaborative projects manager at Dassault.

“It’s a matter of building a digital twin of the city or district with the combination of different systems, each within its own discipline,” he says, explaining that current languages and tools are challenged to integrate multiple precise models together and run them in parallel.

Lightning strikes are another potential downtime disaster for wind turbines. To address that challenge, COMSOL’s Multiphysics simulation platform is powering NTS’ exploration of how a strike impacts blade performance to help engineers understand the proper protections as they initiate new blade designs.

At ABB, COMSOL Multiphysics simulation tools are being tapped to design instrument transformers that can withstand very fast transient overvoltages along with a split-core sensor for submersible underground vault applications.

Simulation has become a critical part of the design process for designing next-generation sensors because of the greater complexities and the need to optimize for multiple parameters, explains Vivek Siddharth, senior design engineer at ABB specializing in transformers and sensors.

“There isn’t one single requirement—we need to address so many parameters as part of smart grid design,” says Siddharth, and cites lightweighting, safe operations, measurements of voltage, harmonics and power quality, as well as content of disturbances.

By leveraging COMSOL Multiphysics simulation, the team has cut the number of physical prototypes in half while still pursuing a nearly unlimited design space.

“In the simulation world, anything is possible—you don’t have to limit the imagination to available options,” he adds.

COMSOL claims its approach to Multiphysics simulation—democratizing the capabilities through tools like COMSOL Server and COMSOL Apps—can also help broaden the use of simulation in power grid applications, especially for ongoing maintenance of the infrastructure.

By enabling physics experts to create task-specific applications, grid operators in the field could detect, for example, if a transformer is running hot for the last three years and proactively repair or replace it, or detect transformer damage from a lightning strike before it crashes the entire grid.

“It takes analysis out of the hands of the physics people working at these companies and puts  into the hands of the much larger group of engineers dealing with the reality of what’s happening in the field,” says David Kan, COMSOL’s vice president of sales. 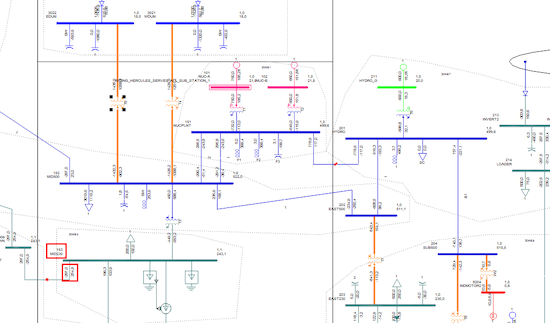 While simulation is critical to grid modernization efforts, many issues remain. One of the biggest is the scale and complexity of the simulations along with the data management challenges, especially as they relate to digital twins, which are central to modeling efforts. While many grid operators have a model of the physical assets, they don’t have the behavioral and other data on what that asset faces on a daily  basis.

He notes the difficulties associated with collecting and aggregating data from distributed grid assets, especially since there are a multiple of vendor standards and application programming interfaces. “Digital twins are living, learning models—they need to continue to be fed with real data.”

Wind River’s Simics platform, which allows for simulation of everything from chips to systems, can start building these complex system of system simulation models.

“Simics can become the integration point to connect to multiple simulators in order to capture and manage the entire system,” he says. “It’s part of the solution to the overall challenges, but it’s not the entire digital twin solution.”

As with most grand transformation, silos and industry inertia remain significant stumbling blocks to expanding the use of simulation to aid in grid modernization.

“It’s that ‘I’ve always done it like this’ mentality,” says Siemens’ Taylor. “Either they  didn’t have the tools in the past or the process didn’t require them to do it, but things are now changing because of the aging equipment and grid modernization requirements. There’s a new horizon to shoot for.”

Beth Stackpole is a contributing editor to DE. You can reach her at [email protected]