Dyndrite Pitches CAD-to-Print Technology for AM

New AM startup hopes to speed up 3D printing process 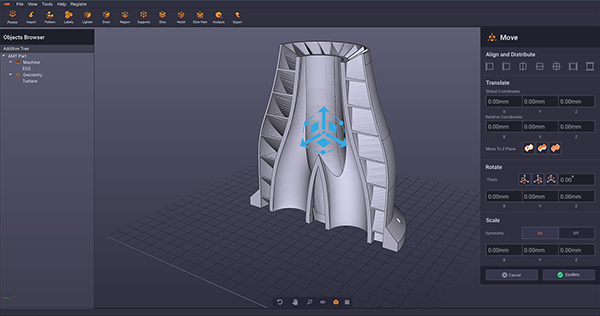 AM startup Dyndrite offers CAD-to-print solution with the promise to streamline the process. Image courtesy of Dyndrite.

Harshil Goel, CEO of Dyndrite (Pronounced “Den-drite”), wants to do for AM (additive manufacturing) what Adobe has done for 2D printing. He wants to come up with the AM-version of PostScript, allowing people to print 3D objects with precision regardless of the authoring software or the printing hardware.

In the current CAD-to-print workflow, the mathamatically precise CAD model has to be converted to a triangulated format, STL being the widely adopted format at the present. Harshil thinks he can eliminate this step, thereby improving the efficiency and precision of the print job.

“With our technology, you can print directly from CAD data to toolpath,” said Harshil. The printing speed may not make a difference to those using AM for one-of-a-kind prototypes or a few unique units. However, “this will make a difference if you are, say, a medical device company that needs to print tens of thousands of uniform parts,” said Harshil. 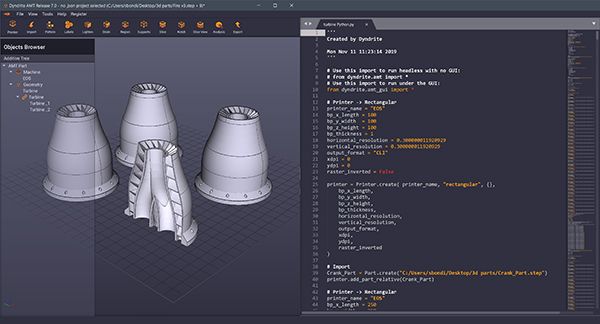 AM startup Dyndrite expects to streamline the CAD-to-print process with its print-prep software. Image courtesy of Dyndrite.

New GPU-Accelerated Kernel for AM

MDT is to be bundled free of charge with AMT, according to Dyndrite.

With an Eye on Lattice for the Distant Future

While the company's first priority is to tackle the print-preparation process, it's also aiming to cater to the geometry modelers' need. With a kernel written to swiftly handle complex lattice structures, Dyndrite may attract AM-centric modeling and simulation software vendors to license its technology.

But that, Harshil clarifies, “is the secondary goal.” In his conversations with users, Harshil discovers, “Lattice structures are very difficult to maintain and clean, to qualify, and to put through version control.”

Until he sees momentum in the use of lattice structures for industrial scale volume production, Harshil plans to concentrate on perfecting the print process first.

Recruiting for the New AM Council

For a PostScript-like technology to work, it requires industry-wide adoption and support. AM vendors' overwhelming support is the reason STL, despite its flaws and shortcomings, became the dominant format for 3D printing.

To garner support for its technology, Dyndrite announced the formation of the Dyndrite Developer Council in May. It has already recruited HP, EOS,  Renishaw, Desktop Metal, and NVIDIA, among others, to join the team.

According to the company, “The work of the council and program will empower developers to creatively leverage the Dyndrite Geometry Kernel, Additive Toolkit, and Python API in creation of next generation additive applications, workflows, and best practices.”