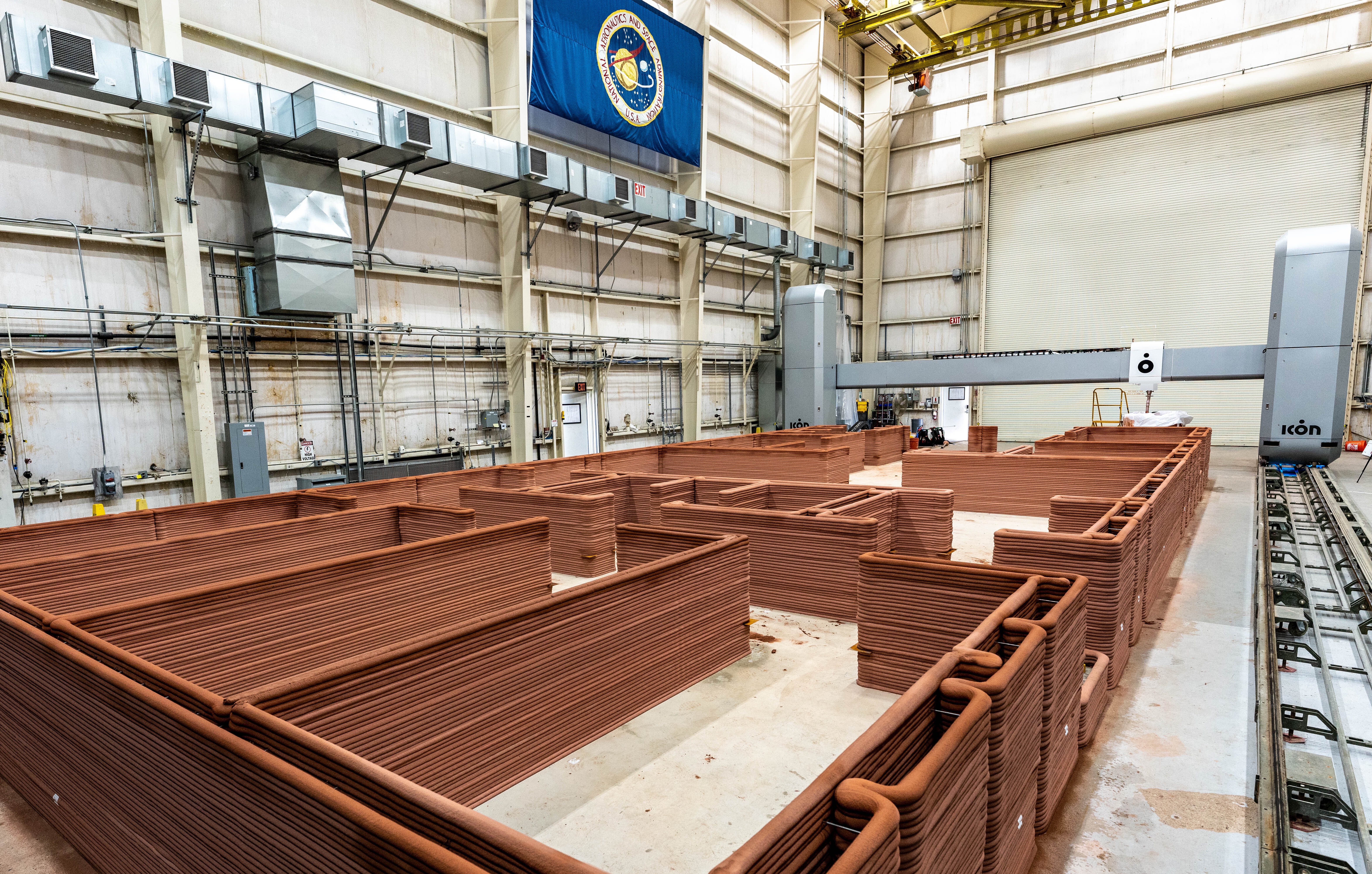 The march to Mars is inching another step closer thanks to a new partnership to create a realistic habitat to support long-duration stays on the Red planet.

ICON, which is making a name for itself with large-scale 3D printers used to build sustainable housing, has just been tapped to deliver a 3D printed 1,700 square-foot habitat, which will reside at NASA’s Johnson Space Center.

Dubbed the Mars Dune Alpha, the habitat is being designed to support NASA’s The Crew Health and Performance Exploration Analog (CHAPEA) program, which is a sequence of three, one-year Mars surface mission simulations at the Houston space center. The initiatives are intended to generate a wealth of physical and behavioral health and performance outcomes used to guide and inform future missions to Mars when astronauts will live and work on the Red planet for extended periods of time.

Vulcan, ICON’s large-scale 3D printing construction system, will be used to create the structure. The printer can output homes and structures up to 3,000 square feet and claims to do so faster than conventional methods with less waste and greater design freedom. Vulcan leverages ICON’s proprietary Lavacrete material, a high-strength concrete boasting a compressive strength of 6,000 psi, helping it to withstand the impacts of extreme weather.

“Mars Dune Alpha is intended to serve a very specific purpose—to prepare humans to live on another planet,” said Jason Ballard, co-founder and CEO of ICON, in a press release. “3D printing the habitat has further illustrated to us that construction-scale 3D printing is an essential part of humanity’s toolkit on Earth and to go the Moon and the Mars.”

ICON is a subcontractor on the project through Jacobs and is working with a well-known architecture firm BIG-Bjarke Ingels Group. The layout of the Mars Dune Alpha structure includes four private crew quarters along with shared space and room to accommodate dedicated workstations, medical stations, and food growing stations. The interior design will allow for movable furniture so crew members can reorganize their space to adjust to daily needs and to keep step with circadian rhythms.

NASA has started recruiting participants for the one-year study, which starts in fall 2022.

3D printing has become integral to the space exploration story as companies look to the technology to save costs and gain efficiencies. 3D printing a habitat like Mars Dune Alpha would eliminate the need to bring large quantities of building materials on multiple expeditions, which is cost prohibitive. ICON has also received NASA funding to work on “Project Olympus,” tasked with exploring a space-based construction system to support exploration of the Moon, and many traditional 3D printers are helping to explore on-demand printing of tools for space exploration.

Check out this video to learn more about ICON’s work on Mars Dune Alpha.