As one of its new features, KineoWorks version 7.0 comes with a new standalone application—Kwik—for accelerating your KineoWorks application development.

As one of its new features, KineoWorks version 7.0 comes with a new standalone application—Kwik—for accelerating your KineoWorks application development. 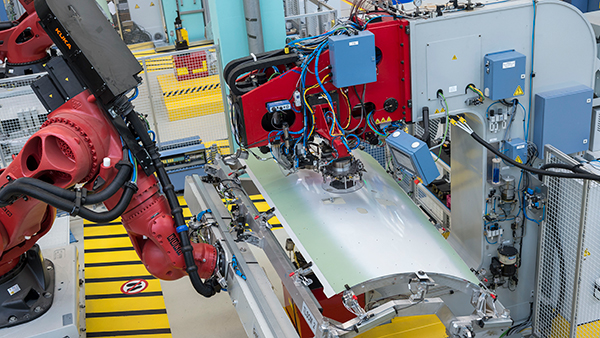 How to Successfully Introduce 3D Printing in Your Business
Bringing the 3D printing process in-house is an effective way of optimizing the product development...
Products Resources

Kwik has a simple and ergonomic graphical interface for configuring robots, devices and cells quickly and easily, enabling users to develop and verify scenarios for use in a KineoWorks application. 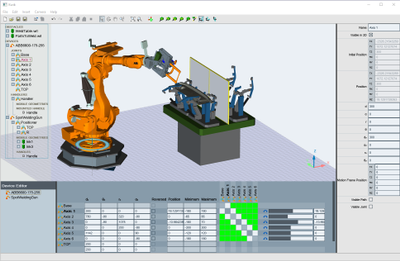 One feature in KineoWorks Version 7.0 is the ability to model a complete robotic cell with multiple robots, devices, tools, etc. Image courtesy of Siemens PLM Software.

Some of Kwik's key features include:

Once defined and verified using Kwik, robot systems and their operating environments can be exported in Kineo XML format for re-use in other KineoWorks applications.

In robotics, a trajectory represents the movement of a robot as a function of time and is described by a series of positions, velocities and accelerations for the moving components.

By combining the geometric path that KineoWorks computes between positions in space with the motion laws for a given robotic system, it’s possible to compute collision-free trajectories automatically. Version 7.0 introduces the capability to set up and simulate such trajectories on robots. A Robot Controller Software (RCS) module is included to enable full trajectory simulation without the need for a third-party controller.

Version 7.0 also enables trajectories to be optimized for user-defined criteria, including robot cycle time and/or energy consumption. To achieve this, KineoWorks implements a genetic algorithm which applies principles of evolutionary biology to identify the best-performing trajectories.

Digital Twin Continues to Proliferate Software and Digital Industries
From the ancient Pythagorean Cup to the ultra-modern rocket launchers, all with Simcenter and all in this issue of Engineering Innovation.
Editor’s Picks: May 14-May 20, 2020
One of the picks will be chosen as DE’s Editor’s Pick of the Week.
Siemens Expands ODB Data Exchange Format
Company adds electronics manufacturing information flow to comprehensive digital twin.
Sponsored Content
Siemens Keeps Engineers Connected During Pandemic
Digital Engineering talks to Siemens' Brenda Discher about the company's efforts to support customers during the COVID-19 pandemic.
Pedal to the Metal
Digital simulation and modeling allowed VinFast to launch a car company from scratch in less than two years.
In Pursuit of Predictable 3D Metal Printing
Simulation software offers promise in the desire for repeatable, standardized 3D metal prints.
Siemens Digital Industries Software Company Profile