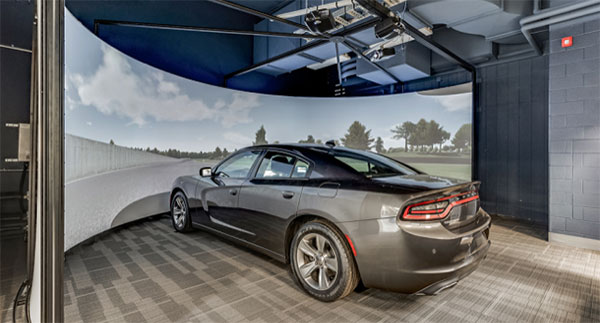 How to Configure the Right Engineering Workstation
Learn how key workstation components can impact engineering productivity, and what factors to consider when...
Education and Training Resources

VI-grade today announced that McMaster Automotive Resource Centre (MARC) adopted the VI-grade STATIC Simulator, which has already been installed and commissioned at the university’s premises in Hamilton, Ontario, Canada. The new simulator is part of the MARCdrive lab and is applied for the development of automotive components and control systems, especially related to powertrain electrification as well as for the development of autonomous systems, human-machine interfaces and driver monitoring systems.

The STATIC Simulator represents an extension for the university's automotive research capacities, particularly for MARC, which is one of Canada’s research facilities in transportation electrification and smart mobility. The driver's perception and inputs can now be incorporated when developing the new systems and human feedback can be considered early in the design cycle. Thus, the performance of a component can be tested well before building a first prototype, making the “drive-before-build” approach becoming a reality. This allows researchers at MARC to steadily move to a more virtual environment to test and enhance the performance of their automotive components and control systems.

“Much of our design at MARC is done virtually, so being able to test our systems on board of a vehicle allows us insights about the system’s performance that we wouldn’t have unless we prototyped them,” says Dr. Ali Emadi, professor and Canada Excellence Research Chair Laureate, McMaster University. “For this reason, the possibility to have a driver-in-the-loop in the VI-grade’s STATIC Simulator, allowing us to include the driver’s perception when testing our systems, as well as the ability of testing the performance of a component with other vehicle systems before prototyping it, is of great value for organization.”

“We are delighted to report the installation of our STATIC Simulator at McMaster University”, says Guido Bairati, VP of Sales and Marketing, VI-grade. “We are happy of having the chance to leverage our professional driving simulator solutions at the renowned McMaster Automotive Resource Center in Hamilton, Ontario, which is situated in a leading jurisdiction for auto production in North America. We are looking forward to witnessing and facilitating all applications of our STATIC Simulator as important tool for research and development activities for the industry and as precious device for educational purposes.”

The STATIC Simulator by VI-grade is a professional solution that allows OEMs, Tier1 suppliers and Research Institutes to use driving simulator to start bridging the gap between physical testing and simulation. The STATIC simulator is based on the same VI-DriveSim software package that is used on COMPACT Simulator and on DiM but is also fully compatible with third-party software solutions. This makes it possible to upgrade the static simulator to a dynamic simulator later on, leveraging previous investments.