Game on for 5G 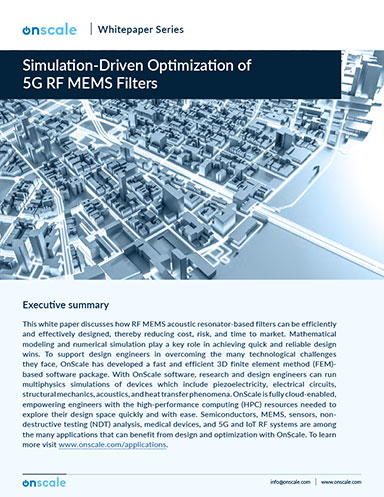 I took some time off over the holidays, and while not decking the halls, visiting with friends and family, eating too many Christmas cookies and de-decking the halls, I introduced my daughter to the incredibly addictive time sink that is the video game Civilization. If you have not played it, I suggest you don’t. It will keep you up into the wee hours of the morning saying “just one more turn.”

Game On for 5G

I hadn’t played the game since college (yes, the game has been around since 1991) when productivity, sunlight and bathing didn’t seem as important. The graphics have improved, but the goals of Civilization VI are largely the same as the previous versions: establish a prehistorical settlement and nurture it into a thriving civilization. As the game’s turns take you into the present and beyond, you research and build new technologies, develop your culture and grow your borders to secure resources while fending off or working with other civilizations trying to do the same. Our goal was to take our Vikings to Mars. We didn’t make it.

One Step at a Time

You can’t go to Mars in the game before you go to the moon, and you can’t go to the moon before you develop and launch a satellite. Suffice it to say there are a lot of steps between researching pottery and developing nanotechnology. It seems like it takes forever to get there, much like the real-world technologies that seem to be forever just out of reach.

Consumer robotics, artificial intelligence, fully autonomous vehicles ... there are many technologies that fit the bill of almost reaching the promise of their expectations. One that is poised to come off of that list is 5G. The fifth-generation wireless standard promises to boost cellular data transfer speeds with more bandwidth and low latency. The promises are big: peak speeds up to 20 times faster than 4G and latency dropping from 20 milliseconds today to 1 millisecond ... eventually. Just like a game of Civilization, research and development comes before you can send your builders out to make the technology a reality. Now that the 5G standard has been established, the major telecom companies are sending those builders to select cities at first, installing the antennas and towers that will make 5G a reality.

That rollout will take years before we see 5G coverage maps akin to the 4G coverage we have today. Initial speeds will likely be faster than 4G LTE, but not by a factor of 10. Still, 5G is exciting for what it will unlock.

To stretch the game-to-reality analogy even further: From time to time during Civilization VI your scientists discover a technology that enables a spate of other technologies and/or provides a boost to existing ones. These are called Eureka Moments.

The Eureka Moment for wireless communications was radio, but 5G could have a similar impact on society. The automotive industry could take advantage of 5G for vehicle-to-everything communications and autonomous vehicles that will be able to make use of 5G’s low latency. Industrial Internet of Things use cases abound, thanks to 5G’s reliability, network slicing (see page 11) and propensity for security to be built in. New telemedicine business models and vital sign tracking innovations will open up for the healthcare industry. Consumers could enjoy near instantaneous downloads, as well as realistic virtual and augmented reality experiences, without being tethered to a computer. Cloud computing, in general, could grow by leaps and bounds using 5G speeds to do more processing off site.

Those innovations won’t happen overnight, or over the next year. Beyond the rollout time for networks and devices, business models have to be established and tested, cost-to-benefit ratios have to pan out, and safety and regulatory concerns need to be addressed. It’s unlikely you’ll be simulating your CAD model remotely via 5G in the next year or two, but it is likely you’ll be researching device designs that incorporate 5G radios, or smaller, more efficient 5G antennae.

My daughter and I won our game of Civilization, not by getting to Mars but by attracting more tourists to our cultural sites than our computer-controlled opponents. Our game was limited to 500 turns, and we realized we weren’t going to have enough time to develop all the technologies we would need for a Space Race win. Let’s hope the analogy ends there and we have plenty of time to develop the innovations 5G promises to enable.