3D Printing on the Rise, But Large-Scale Production Use Remains Elusive 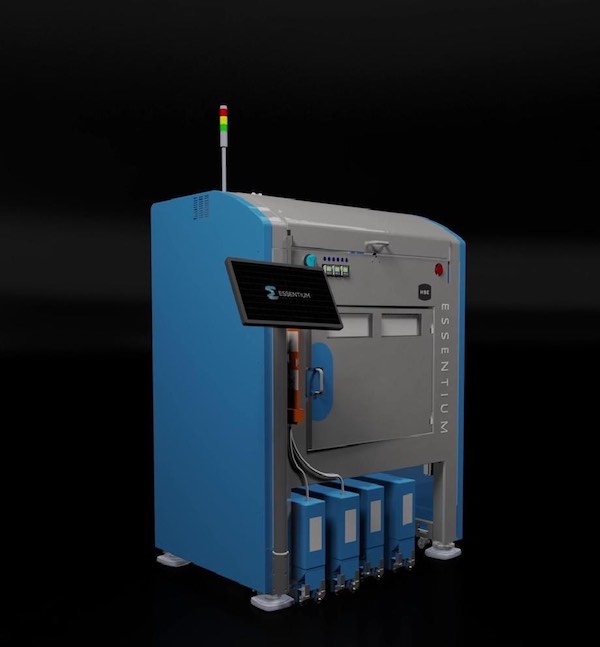 Essentium HSE claims print speeds up to 10X faster than the competition. Image Courtesy of Essentium

While 3D printing is gaining ground as a manufacturing method for end-use parts and industrial tooling, companies remain stuck in the phase of deploying limited production runs, according to a new survey released by Dimensional Research and sponsored by Essentium.

Nearly all (99%) of survey respondents expect use of 3D printing for production parts to increase significantly over the next three to five years and all see benefits for harnessing 3D printing for large-scale manufacturing runs. Cost savings are viewed as the most significant benefit, cited by 88% of respondents, while most also see 3D printing as a production approach that can open the doors to new market opportunities and use cases.

Specifically, respondents expect expanded use of 3D printing to range from full-scale production of parts to complex prototyping and creation of mold tooling and service parts, the survey found. While specific benefits varied depending on industry and business needs, 59% of respondents viewed 3D printing as a way to reduce lead times and speed time-to-part (56%). Beyond speed, the ability to leverage the medium for mass customization was another upside, cited by nearly half of respondents (49%) while 46% see the technology paving the way for the production of complex geometries and 36% for high-performance parts.

Despite the momentum, however, companies report obstacles tapping 3D printing for large-scale production. The high price tag of most 3D printing technologies remains a challenge for 42% of respondents while cost of materials (35%), lack of scalability of current technologies (34%) and unreliability of printed parts (31%) are hurdles to adoption of 3D printing for large-scale production applications, according to the survey. As of now, 83% of survey respondents report their largest production run is still only in the hundreds of parts or less.

“There is still more education to be done on the part of AM, that it can be used more widely for higher production runs,” notes Blake Teipel, CEO of Essentium, which markets the High Speed Extrusion (HSE) platform, a 3D printing offering aimed for manufacturing at scale. “We have to change the thinking and expectation that AM can be used as a viable production tool and is a key part of Industry 4.0 and digitization.”

One of the primary benefits of production-grade 3D printing at scale is to help mitigate supply chain pain points—more specifically, the ability to deliver mass customization and bring manufacturing processes closer to the customer. As the cost of materials go down and an expanded palette of materials becomes available, organizations will have more flexibility expanding use of 3D printing for large-scale production applications, Teipel says.

“It’s silly to think AM will be able to break in in a larger way until we see material availability start to scale,” he explains. “There are thousands of polymers available for injection molding applications, but only tens of materials available for 3D printing.” 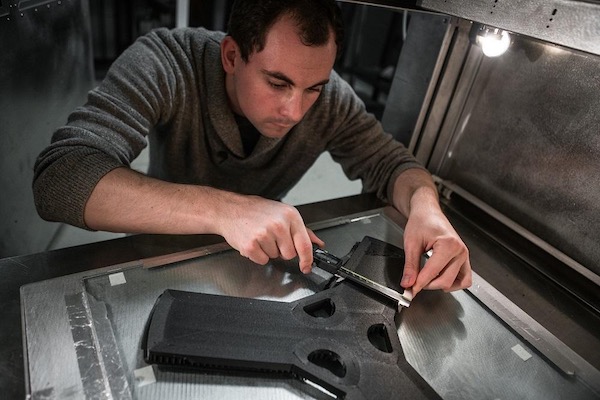 Essentium is trying to shift that dynamic. The company’s HSE platform claims to address the issues related to 3D printing at scale with print speeds up to 10X faster than the competition and part strength comparable to injection molded parts thanks to its Essentium FlashFuse filament technology and ability to heat the nozzle from 20°C to 500°C in less than three seconds. Essentium also offers a range of engineering-grade materials.

“We are trying to help shape the factory of the future and drastically lower costs so companies have additional flexibility in their supply chains and cost structure and ultimately, in their product offerings,” Teipel says.

Watch this video to see how the Essentium HSE works.