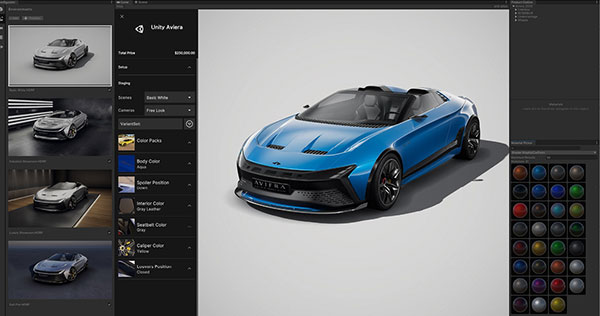 High-Performance Visual Computing in the Data Center Extended to Professionals Everywhere
As the world continues to shift and enterprises across the globe rethink post pandemic infrastructure,...

Engineering’s flirtation with game engines began with the shift to digital prototypes. From consumer goods to automotive, manufacturers began relying more on 3D models instead of physical mockups for product development and design decisions. That requires a higher degree of visual fidelity beyond what CAD packages normally provide.

But editing in game engines, which typically caters to polygon- and mesh-based modelers, is not a natural skill for parametric CAD software users. The steep learning curve discourages many CAD users from venturing into Unity and Unreal Engine (from Epic Games), two leading game engines.

In the last few years, in the quest for new markets, game engine makers began repackaging different features in their products for specific applications and verticals, making adoption much easier. Here, we look at Unity Forma and Unreal HMI, two products allowing engineers and designers to take advantage of the rich game-development tools without learning the code and jargons of game development.

Petur Hannes Olafsson, founder of ONANOFF, is the creator of BuddyPhones and StudyPhones, available through Best Buy, Walmart, Verizon stores and Amazon, among others. The monkey and unicorn stickers, the extra padding around the earmuffs, and the color palette featuring rose pink, sun yellow and cool blue, are all clues to who Olafsson’s customers are: multimedia-savvy kids.

“We use SOLIDWORKS CAD to design the product, then render it in KeyShot,” explains Olafsson. “But for discussion with my salespeople, I usually bring the model into Unity Forma.”

Based on the Unity game engine, Unity Forma is an interactive product configurator targeting marketing teams. The virtual product launch took place in December 2020 during the pandemic shutdown, with a series of video demos and online press briefings. It “empowers marketing professionals to harness the power of real-time 3D without needing to learn Unity deeply, or how to code,” explains Clive Downie, chief marketing officer, Unity. “We anticipate Unity Forma will become the bedrock of modern marketing, enabling brands to create and deliver stunning content and interactive experiences in record time.”

A feature of Unity Forma that Olafsson likes most is its material accuracy—the reliable way the software replicates the texture and colors of the manufacturing materials. “I can take photos of the materials to use as textures,” he says.

For Olafsson, Unity Forma is not only a visualization engine but also a manufacturing quality assurance program. “The better I can represent the materials, the more likely I’ll get the product to be manufactured the way I want it,” he says. “I can show these images to my supply chain during the product development.”

These renderings also serve a purpose in marketing. The development cycles are “crazy,” in Olafsson’s own words. “We’ll soon be launching a new product called StoryPhones. So we now use Unity Forma to render images we can use for marketing and packaging.”

Recently ONANOFF began courting the schools as a new market. “But there are hundreds of schools, and every school wants its own logo on the product,” says Olafsson. To ensure the customers get an accurate preview of how the product will look with their own logos, ONANOFF has incorporated Unity Forma features into its home page. “This allows real-time rendering so the customer can confirm the design. And that design can go straight into the next phase in sample unit production,” he adds.

Headphones are no longer just audio transmission devices, Olafsson points out. “We may begin to see biofeedback-driven features and direct content streaming, so the complexity of the product is increasing. For a small and midsized company like ours, Unity Forma increases our capacity.”

In science-fiction movies like “The Terminator” or “Blade Runner,” the human-machine interaction (HMI) is toxic and hostile. But in luxury cars, it’s quite the opposite. For the most part, it occurs through touch-enabled panels mounted on the dashboard, allowing the human driver to find the best route to their destination, and passengers to select and stream cloud-hosted movies and music. To Epic Games, known for its Unreal Engine, this is a market. Accordingly, it launched its HMI Initiative in October 2020. 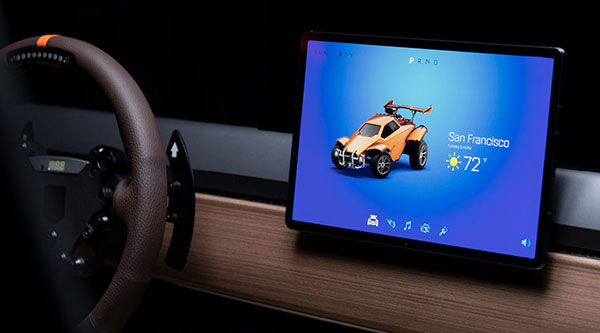 HMI is a 3D environment to create “automotive infotainment and digital cockpit experiences,” the press release states. Epic Games has struck up partnerships with automotive development tool providers to make HMI compatible with BlackBerry QNX, Mapbox, Qualcomm and Siili Auto, among others.

Unity also offers its own HMI design solution under its portfolio targeting the automotive, transportation and manufacturing sectors. NXP Semiconductors is a partner for the project. In the announcement made in January 2020, Unity stated, “The collaboration enables drivers to experience Unity-powered content—from real-time navigation and advanced visualization for self-driving vehicles to personalized driving features, 3D maps, access to Unity games and more—regardless of the vehicle trim level or cost.”

In a webinar on January 14, 2021, Joe Andresen, technical product manager, HMI, Epic Games said, “Games and HMIs have a lot of overlaps in what they require and how they are developed. Like games, HMIs require high visual fidelity in real time.”

HMI comes with a library of automotive materials. The Niagara particle system in the software lets users incorporate realistic smoke, fire, dust and water behaviors in their content. The Datasmith pipeline lets users import 3D content from CAD programs like SOLIDWORKS and Rhino into the Unreal editing environment.

“The use of Unreal Engine in the GMC HUMMER EV will provide richer graphics than ever before, celebrating the vehicle and its customers,” says Scott Martin, creative director of User Interface Design at GM. “We’re ecstatic to be the first vehicle to use Unreal Engine in our cockpit and look forward to sharing more details upon the vehicle’s reveal on October 20.”

(For more on the relationship between CAD and game engines, please read “From Solid Geometry to Responsive AR-VR,” Aug. 2018.)