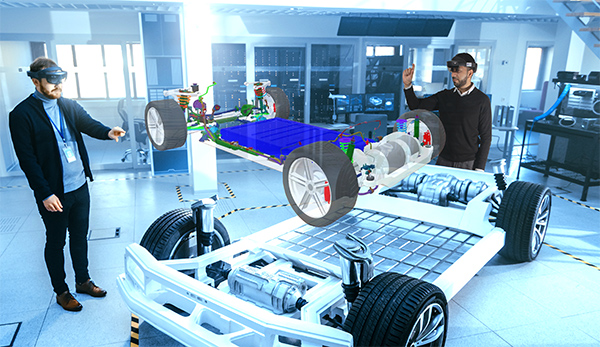 Save Time and Reduce Costs with NoSupports™ Metal Printing
Metal 3D printing is a high energy process in which it is possible for unmanaged...
Prototype/Manufacture Resources

Theorem Solutions has released a major update to its Theorem-XR Experience Suite and Visualization Pipeline. Theorem-XR enables visualization of 3D CAD and PLM assets in context and at full scale for a range of engineering task based use cases. It supports various devices and data types for augmented reality, virtual reality and mixed reality. The Visualization Pipeline provides a fully automated process that takes 3D data assets directly into Theorem-XR, or for the creation of Unity or Unreal assets for use in internally developed XR solutions.

The company says this update offers support for HoloLens 2 and the Microsoft Azure Remote Rendering (ARR) engine. This means high-performance, large-scale data streaming to a HoloLens 2.

This update also includes several new features for its Visualization Pipeline, including support for Data Center Architecture, enabling companies to externalize where the database, data storage and the application is held, and Quads support for FBX files, reducing triangles to squares (when possible) for improved polygon count.

Also new to the Theorem-XR Visualization Pipeline is support for Unity Asset Bundle Creation, which is now a supported output file type. Theorem Solutions says this gives developers a dynamic method of creating 3D assets for consumption in applications. When used in conjunction with Theorem’s front-end application programming interface, data can now be extracted, manipulated and created in the output form required.

Using the Visualization Pipeline to prepare and optimize CAD data removes the difficulties associated with trying to get 3D data into XR, and can be done from within the CAD system by simply using the ‘save as’ command, ‘drag and drop’ data on to the server or used as part of a PLM integration.

Another video is located here.