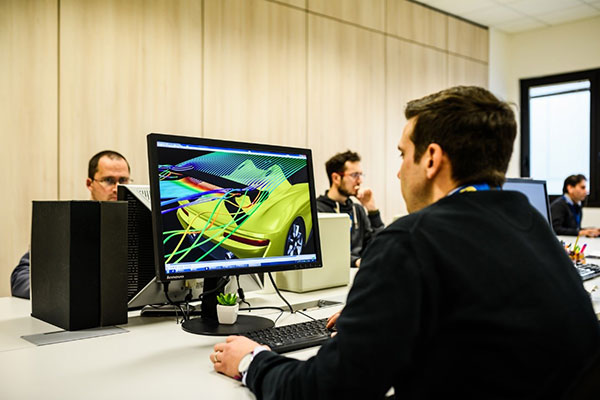 In April 2021, Italian race car manufacturer Dallara Automobili (Dallara) needed more high-performance computing (HPC) for simulation and testing than what was available in its on-premises environment.

The company’s computational power was over-requested, leading to difficulties meeting the demands of its customers during peak season. As a major provider of commercial racing cars for prestigious championships, Dallara uses HPC to power the tests of its car designs, making HPC fundamental to its operations.

Dallara landed on Amazon Web Services (AWS) for the HPC that it needed. Using AWS, Dallara built an HPC system that met its benchmarks for performance and cost, leading the company to continue designing some of the world’s fastest and most aerodynamic vehicles. Dallara not only found the solution to its business-critical issue quickly on AWS but also benefited from its scalability and flexibility.

Founded in 1972, Dallara manufactures racing cars for the IndyCar, Indy Lights, Formula 2, Formula 3, and Super Formula Championships. It produces cars for endurance races such as the 24 Hours of Le Mans and for electric car races such as the Formula E. Today, Dallara even develops road cars, drawing interest from luxury car manufacturers. Every vehicle design undergoes rigorous testing in structure, aerodynamics, and vehicle dynamics.

For that, Dallara relies on more than 15 simulation and testing tools that require massive amounts of HPC, including ones that assess computational fluid dynamics (CFD).

“We use CFD tools because it’s mandatory to investigate the flow fields around our cars with all the details needed to achieve our target.”

Due to an influx of customer projects in February 2021, Dallara reached 100 percent usage of its HPC capacity on premises. Serioli and the Dallara HPC team were tasked with upgrading the company’s HPC infrastructure and outsourcing its management to a cloud provider.

“Our first goal was to have a ready-to-use industrial infrastructure that would support our specific applications, huge models, and high demand for HPC. The second goal was to integrate our workflows into an external environment like the cloud.”

Dallara sought proofs of concept from various cloud providers, yet AWS was the most responsive and supportive. Within a month of its request, Dallara was in production on AWS and running CFD simulations at scale.

“The support from AWS was there every day. The flexibility and engagement from AWS were key for us.”

Another reason Dallara chose AWS is that it appreciated the ability to choose the right instance for each workflow using Amazon Elastic Compute Cloud (Amazon EC2), which offers secure and resizable compute capacity for virtually any workload. For example, Dallara began using Amazon EC2 C5n Instances, which are designed for compute-intensive workloads and use the fourth generation of custom Nitro card and Elastic Network Adapter device to deliver 100 Gbps of network throughput to a single instance.

Solution – Launching a Scalable HPC Solution in Less Than 5 Months

In April 2021, 2 months after beginning the build, Dallara had created an industrial infrastructure on AWS, united it with its existing workloads, and allocated resources to it. The solution was stable and operating well within 5 months of intensive use. First, Dallara linked its on-premises workloads to AWS using Amazon Virtual Private Cloud (Amazon VPC), which gives the company full control over its virtual networking environment, including Amazon EC2 resource placement, and AWS Virtual Private Network (AWS VPN) solutions that establish secure connections between on-premises networks, remote offices, client devices, and the AWS global network.

“We use several software applications that each perform a different task for our complex CFD workflow, and the output of one job is the input for another.”

The connection between the systems on AWS and on premises facilitates a transparent user experience for Dallara’s aerodynamicists, who can choose where to run each task or overall workflow. When a task runs on the cloud, the needed files are copied automatically to Amazon FSx for Lustre, which provides fully managed shared storage with the scalability and performance of the popular Lustre file system.

Then an orchestrator makes all the workflows run. After every task completes, the data is downloaded to the on-premises solution and shared with aerodynamicists. Using FSx for Lustre, Dallara can scale up its file storage as needed within half an hour without any particular support. On average, Dallara can run 15 complete workflows per day. 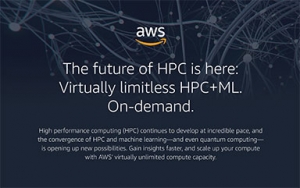