The result of applying the simplified mode to B-rep construction. Image courtesy of C3D Labs. 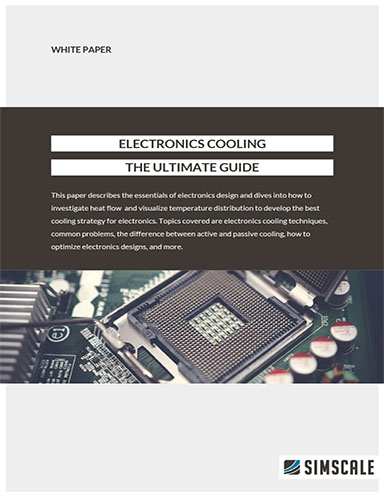 C3D Labs has released C3D Toolkit 2020, a major update to its software development kit (SDK) used by developers of engineering software. The emphasis in this release is on advanced surface modeling, along with enhancements to all five modules in the toolkit:

The five modules are closely integrated with one other, and so together represent a complete, all-in-one solution in building desktop, mobile and cloud-based applications for 3D modeling. 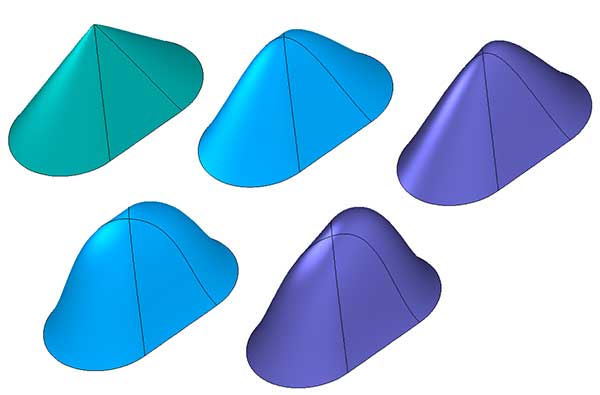 When preparing the 2020 release of C3D Modeler geometric kernel, C3D Labs focused on complex surface modeling. This is considered the high-end of CAD functionality and paves the way for solving design tasks in the aerospace and shipbuilding industries. The company added to the new version the following functions important in surface modeling:

Expandable Surface Shell Cutting has been improved. When cutting solids with a surface, you can now control the extensions of the following surface groups: flat surfaces, rotation surfaces and extrusion surfaces.

Regarding other improvements, for one, the median shell function has been improved to allow you to set a range of thicknesses, instead of working with a single value. Disconnected faces now extend toward one another until they intersect. Fillet processing is improved.

New to this release is Arbitrary Body Stamping. A new method in stamping sheet metal is to use arbitrary bodies, just like performing it physically with dies and punches. The thickness of the stamped section can be different from that of the sheet.

Coming soon will be flanges along curved edges. Flanges can be added to single curved edge or even to a chain of several tangent edges. Curved edges flange can, of course, be flattened and bent again with the unfold and fold tools.

C3D B-Shaper module transforms heavy polygonal meshes into optimal B-rep solids for editing and visualization in 3D software. The B-Shaper is useful in the areas of reverse engineering, BIM, VR, and topology optimization.

In B-Shaper 2020, C3D Labs simplified the mode of B-rep construction. If surface-surface intersections fail, then boundary edges are constructed, which is acceptable for visualizations.

C3D Converter 2020 now reads the attributes of parts from JT by accessing the metadata of the file, and then transferring the model’s integral properties (volume, surface area, density, mass) to STEP and JT formats.

After a deep rewrite of the mesh transformation algorithm, the 2020 release quickly exports meshes with topology to JT.

C3D Converter 2020 now reads embedded fonts in JT to correctly display full PMI (product manufacturing information). As the C3D format itself does not support fonts, transferring PMI data through the C3D format is performed by marking PMI geometric objects with special attributes and then providing the ability to substitute fonts for the STEP format. This capability will be enhanced in future releases.

C3D Vision is aimed at the precise visualization of geometric construction and high performance when working with big models.

The 2020 release introduces a new group of interactive tools called “manipulators.” The basic manipulator is the SceneWidget, which is used as part of the object editing processes.

The tool for selecting geometric objects with a frame (window) is improved by letting users select either unifying or cutting frames, and their combinations—set by specifying the frame from left to right or from right to left.

A new zooming feature available in C3D Vision is zooming by a frame.

The 2020 edition of C3D Toolkit is available now.

The entire toolkit, as well as individual components, is available for testing in your programming environment at no charge.