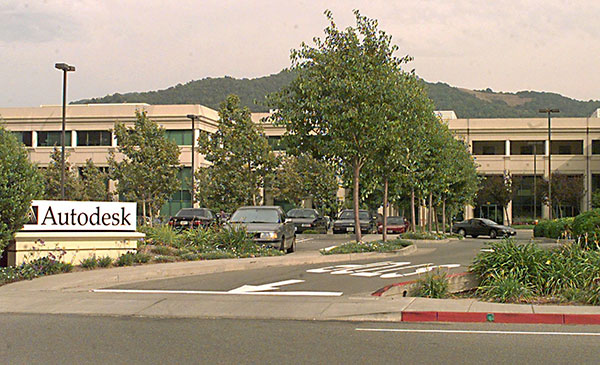 Autodesk Inc. is closing its headquarters in San Rafael and reassigning its 578 remaining Marin employees to San Francisco, reports the Marin Independent Journal.

The design software company, reportedly one of Marin’s most successful startups, notified the state Employment Development Department of its plans “as a courtesy and in an abundance of caution” in an Aug. 15 letter.

“All 578 employees who are currently assigned to the San Rafael office will have their assigned office transferred to our office at the Landmark at One Market Street, San Francisco,” says Autodesk executive Rebecca Pearce.

The letter stated that most of these employees are now designated as hybrid workers and do not have mandatory weekly in-office days. Only five employees are office based and will be required to work in the San Francisco office.

Autodesk spokeswoman Mary Garofalo says the company has “ramped up” a new workplace model that divides employees into three groups: office based, hybrid or home based.

“The majority of our global team falls within the hybrid category, meaning they split their time between their homes and local, commutable Autodesk offices,” Garofalo says. “At this time, Autodesk is not requiring employees to come into an office on any fixed or mandatory weekly schedule.”

Garofalo says Autodesk has 12,600 employees worldwide, but did not disclose how many of those employees work in the United States.

Editors’ Chat: Rise of Cloud Platforms, AWS-Powered Simulation, News from Formnext, and More
DE editors discuss the news of cloud platforms from AU, AWS-Powered simulation, additive news from Formnext, and more
Boosting CAD Interoperability
Consolidation and change within industries that use engineering design software raise questions about CAD software interoperability.
What’s New in Arnold?
Autodesk product enables optimization of rendering and much more.
Electronic Design: Boosting Lifespan and Repairability
The increasing problem of electronics waste and demand for affordable tech call for devices that can be repaired more easily and inexpensively.
Engineering the Perfect Sound
Researchers and musicians alike are turning to FEA and CFD to help with instrument design.
Autodesk Company Profile