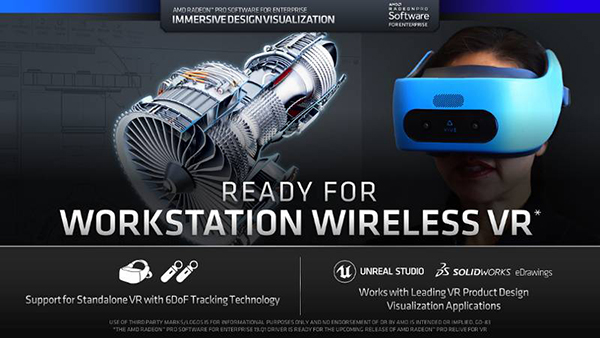 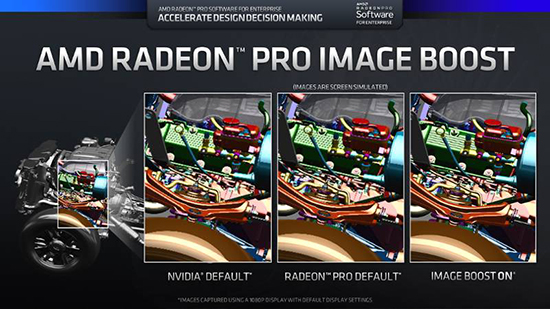 This new feature is the professional version of our Virtual Super Resolution (VSR) technology tuned for use with professional applications and allows Radeon Pro graphics to output at a higher resolution (up to 5K) and then scale down to the lower native resolution of your display. Radeon Pro Image Boost allows you to present complex and detailed designs.