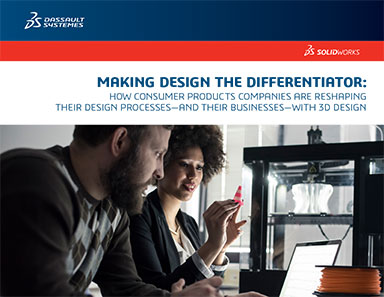 3D Hubs, an automated manufacturing platform, announces its $18M Series C round led by Endeit Capital. The company’s largest round brings its total funding to $30 million and includes participation from Hearst Ventures, EQT Ventures, Balderton Capital, Arthur Kosten (founder of Booking.com) and Erik de Bruijn (founder of Ultimaker). Funds will be used to advance the company’s automation of key features for the manufacturing process, including quoting, design validation and smart order routing to its global network of suppliers, company reports.

Via the 3D Hubs platform, users can directly upload CAD files for an instant quote and lead time before automatically sourcing a supplier on the back end, completing the process in just a few minutes, according to the company. The 3D Hubs platform allows companies across industries such as aerospace, aviation, energy, healthcare and robotics to efficiently outsource manufacturing processes with reduced risk, 3D Hubs adds.

3D Hubs recently has shifted its focus to professional engineers and procurers. This includes adding CNC machining and injection molding to its service offerings, as well as improving the ease of use, standardization and reliability of the 3D Hubs platform, the company reports.

“3D Hubs is committed to being a radical innovator in the $13 trillion manufacturing industry—building pricing and manufacturability algorithms that are said to have the same potential as Google’s search algorithms,” says 3D Hubs co-founder and CEO, Bram de Zwart. “This latest funding round will give us the power to make manufacturing outsourcing even smarter and simpler, and we couldn’t be more excited.”

“The combination of 3D Hubs’ proprietary software, high-quality network of vetted suppliers spread across four continents and most visited website among engineers makes it a unique company with tremendous global potential,” says Ilan Goudsmit, investment manager at Endeit Capital. “3D Hubs’ software instantly automates all steps of the quoting to sourcing process—based on datasets from millions of parts made—positioning the company to further scale and disrupt the manufacturing market.”

“The 3D Hubs platform has become a one-stop shop that provides engineers with sophisticated design tools together with a broad range of state-of-the-art manufacturing capabilities at the push of a button,” Ken Bronfin, senior managing director of Hearst Ventures. “The company is well-positioned to become a very large driver in the evolution of the manufacturing supply chain.”